Ecuador mixes seized cocaine with cement to prevent its reuse

An encapsulation method is beginning to be used in the country, with which cocaine powder is mixed with cement and thus its recovery and reuse is avoided. 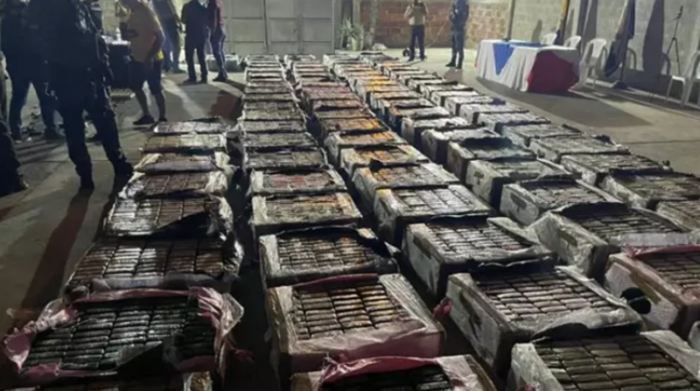 Encapsulation makes it possible to destroy up to 1,500 kilos of drugs per hour.

Cocaine hydrochloride is ground into a powder, mixed with cement, salt, and chemical accelerators to form a slurry that is then poured into molds. After drying, it hardens completely, in such a way that it is impossible to extract the cocaine.

The Undersecretary for Drug Control of the Ministry of the Interior, Edmundo Mera, has explained the method in an interview with the InSight Crime portal and has highlighted that from the beginning of the year and until October 14, 2022, Ecuador had destroyed almost 180 tons of drugs in total, and 61 percent were destroyed using the potting technique.

The United Nations Office on Drugs and Crime (UNODD) recommends encapsulation as a viable way to dispose of drugs and toxic materials used in drug processing, but Ecuador is the first country to destroy cocaine on such a large scale with this method. , an UNOD expert on synthetic drugs, Martin Raithelhuber, has highlighted in statements to InSight Crime.

It is also a quick and much-needed method in Ecuador, where seizures have increased by 42 percent in 2022 alone in the ports. Encapsulation allows the destruction of up to 1,500 kilos of drugs per hour, while incineration is limited to 70 kilos per hour.

What procedure must be carried out to travel with our pets outside of Ecuador?