Ecuador monitors, thanks to satellite tracking, people who are or who enter an epidemiological fence, and counts six cases in which individuals have violated the Mandatory Preventive Isolation (APO) by Covid 19, revealed this Mars the head of Government, María Paula Blunt . 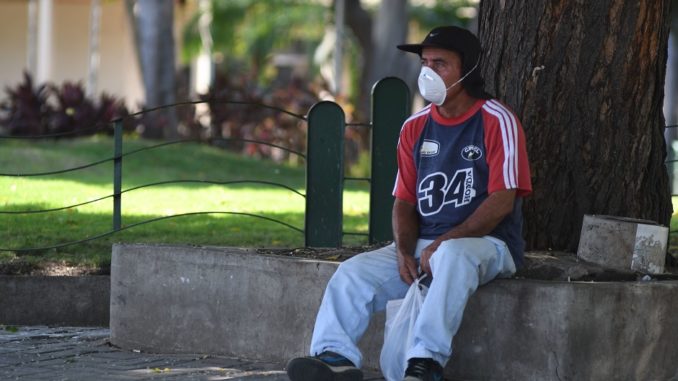 “The satellite tracking of people entering the epidemiological fence is authorized,” said the minister at a virtual press conference in which she explained the measures in force and those that will be in force in the country from the curfew that will begin. at 21.00 local time (02.00 GMT on Wednesday).

Romo explained that to date, half a dozen people who have violated the APO appear in a police station so that they can be prosecuted as soon as the crisis ends due to the national health emergency situation.

Authorities reported that the country registers 111 cases, nearly double that of Monday, while the deaths linked to by Covid 19 amount to two.

All in all, the head of the Government welcomed the fact that throughout the country “the flow of people moving between cities and provinces has greatly decreased” and announced that the interprovincial transport of passengers by land and air will be interrupted next midnight.

As the vice president, Otto Sonnenholzner insisted, in a previous appearance, the minister called on the citizens to remain in their homes as the cases of contagion grow every day.

The authorities will continue to control people who are under epidemiological siege, 451 according to the latest official data, with random visits and controls.

According to an executive decree by the president, Lenín Moreno, it will be possible to know “their location and if they move,” said Romo.

Along these lines and once the curfew is in force, the restriction of movement and movement of people will be followed by police and military personnel.

He recalled that the medical and health personnel, as well as all those operators who make an activity in the field of health possible, will be authorized to circulate without limitations, along with the activities indicated by the Government and considered vital to cover the needs of the population, such as banks.

In the case of establishments such as supermarkets, pharmacies or markets, the limit of people was reduced to half of the normally authorized capacity, and cautioned citizens, for example, who must wait for the bus, keeping a safe distance from safety.

In relation to the safe-conducts that the authorities issue so that personnel and professionals from different areas can carry out their activity, he requested that they carry a declaration or document that justifies their movement along with it, and stressed that each safe-conduct is individual and non-transferable.

In Ecuador, hotels, hostels and hostels will remain open so that they can allow nationals and foreigners to carry out the APO.

On the other hand, the Ministry of Public Health (MSP), will announce in the next few hours a rate for conducting coronavirus tests in the private sphere, always under medical prescription.

He revealed that if the analysis is ordered by a doctor assigned to the MSP, it must have a maximum cost of $ 80, while if prescribed by a private doctor, it will have a maximum of $ 120.

Romo emphasized that when the test is necessary due to the presentation of symptoms and the case responds to the protocols established by the WHO, it is completely free.

Labor, purchasing and payment facilities are activated in the country