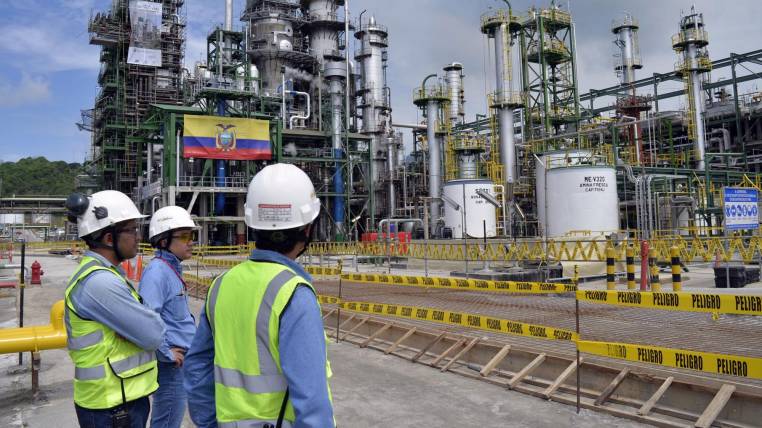 The national Government, through the Petroecuador Public Company, continues the process of reviewing long-term oil contracts with the Unipec, Petrotailandia and Petrochina companies.

This week, during meetings held with the Petrochina and Unipec companies, there was consensus on two points regarding the contracts signed during the administration of the previous Government: formula and transportation. The changes were made within the contractual framework that Ecuador maintains with the companies.

It is estimated that after the internal procedures apply, both the new formula and the calculation of the cost of transport, in the next shipments of crude oil. The Minister of Hydrocarbons, Carlos Pérez, said that the revision of the conditions of long-term contracts is one of the priorities of the sector, since it is necessary to return to the international market and achieve real prices for oil and greater benefit for the Ecuadorians There are still other contractual aspects to review in the coming days.

“We are sure that with the opening that Petrochina, Unipec and Petrotailandia have demonstrated, having understood the point of view of our country, we will reach agreements within the expected deadlines,” he said. In this way, the Ecuadorian Government advances with positive results in the revision of the contractual conditions, agreed during the previous Government, for long-term oil purchase contracts with: Petrochina International Co. Ltd. (Petrochina), Unipec Asia Co. Ltd. (Unipec) and PTT International Trading Pte. Ltd. (PTT).

And there is a precedent that this Government wants to avoid, when the price of oil collapsed at the end of 2014, Ecuador ended up losing in the cost of extracting the product.

The country had to take out of its “pocket” about 10 dollars for each barrel that was obtained. The price of extraction was higher than what the barrel cost in the international market, at that time. The work is just beginning, because in addition to this, investors must find for the Pacific Refinery.

The concept of using the Coque 40 indicator plus a differential was agreed upon. In this way, the application of the formula is made viable by replacing the Coque 70 indicator, which stopped being published, which caused problems for billing.