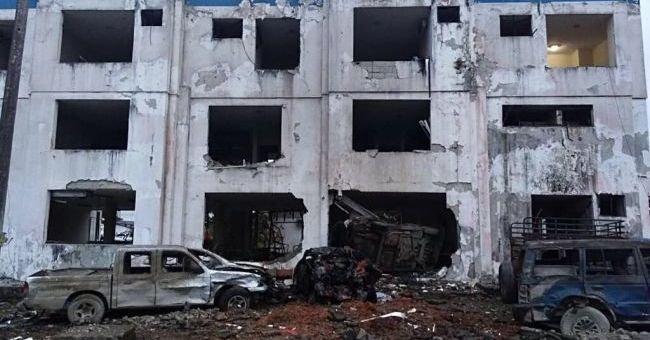 The United States Ambassador in Ecuador, Todd Chapman, said that on Monday afternoon, January 29, a special team will arrive to support the investigations carried out by the Office of the Prosecutor in San Lorenzo after the explosion of a car bomb in the vicinity of the Police Command of the district, which left several injured and material damage.

The diplomat said that they are already in conversation with the authorities and that “people will come to help today, I do not want to tell much, but we are helping.”

So far, it is known that a dissident group of the FARC, in Colombia, would be behind the attack, according to Defense Minister Patricio Zambrano.

In addition, the prosecutor of Colombia, Néstor Martínez, said that the attack against the San Lorenzo police command is associated with Walter Patricio Artízala Vernaz, alias “William Quiñónez” or “Wacho”, a dissident Ecuadorian from the Revolutionary Armed Forces of Colombia (FARC), who, during the time of the Colombian guerrilla, was engaged in drug trafficking.

President Lenin Moreno decreed a state of emergency for 60 days in the cantons of San Lorenzo and Eloy Alfaro, Esmeraldas province, due to the seriousness of the case. (I)