According to the website of the Ministry of Finances of Ecuador, the current balance of resources that the country owes to China, until last February 28, is $ 4,768.8 million, to which the pending payment of $ 1,524.1 must be added over oil pre-sales.

The problem with China is that debt is expensive and short term. According to the former Minister of Finances Fausto Ortiz, deadlines are up to eight years, with interest rates of 7.5%.

In the past week, after learning of the duplication of the credit line of from the World Bank (WB) to Ecuador with conditions of 30 years term with a grace period of 15 years and an interest rate of 1.7%, President Rafael Correa, who has had a tense relationship with the WB, said that if the WB grants $ 5,000 million in the same conditions of the current credit of $ 1,000 million, he would be willing to replace “all Chinese debt” for the financing of that agency. 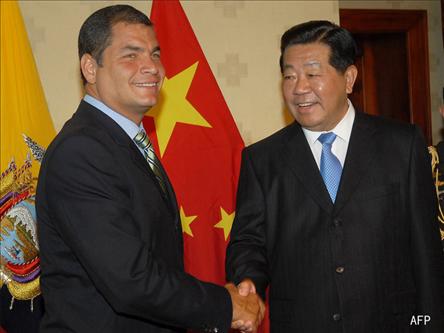