Yesterday Ecuadorians protested against the policies of the government of Rafael Correa. Guayaquil, Quito and the Galapagos Islands were the first cities to lead the demonstrations.

In Guayaquil, about 375,00 people marched through the _ 9 de Octubre avenue, with banners and T-shirts with messages against Heritage and Capital Gains laws, as well as other taxes. Jaime Nebot, mayor of the city, addressed to the Guayaquil citizens at the end of the march at Malecon 2000. 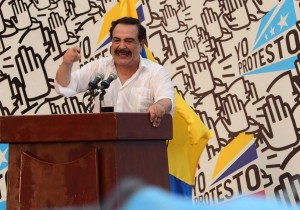 His counterpart in Quito, Mauricio Rodas, joined the march at De de los Shyris avenue which advanced until the Carondelet Palace. Another group started a walk through the streets Eloy Alfaro, Amazonas, 10 de Agosto and Guayaquil, towards the historic center. 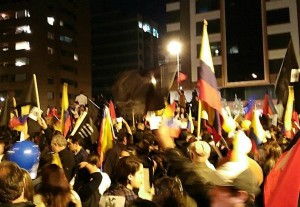 Ecuadorians in other countries like Argentina and the United States joined the march, they protested in front of the embassies of Ecuador in these countries. (I) 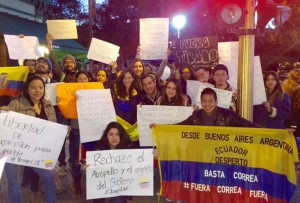 Marches generate accusations between the government and opponents