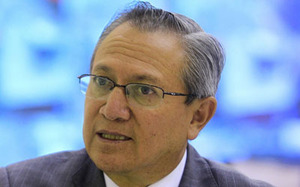 Prosecutors of Ecuador and Colombia signed yesterday, Monday 18 November, an agreement to work together and share information to help fight the organized crime, this includes arms trafficking, smuggling of fuel and people at the border of the two nations.

The signing of this agreement occurred during the XXI Assembly of the American Association of Public Prosecutors, which takes place in the capital, while seeking to strengthen mechanisms to fight transnational crime.

Ecuador also signed agreements with Peru to support the fight against smuggling and support people on the borders of both countries. This was emphasized by Ecuadorian security coordinator Minister, Homero Arellano, after carrying out the last binational meeting of portfolios from both nations.

The meeting was carried out in a bilateral encounter held last week in Piura (Peru). “Ecuador and Peru are going through an extraordinary moment in their bilateral relations,” Arellano told EFE.