Ecuador takes a chance on the Alba and Maduro 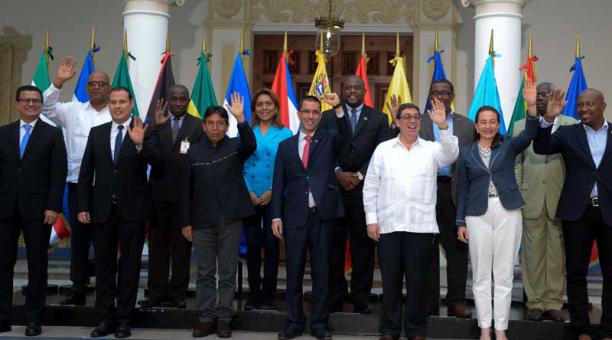 The change of style of the new Government has not yet reached the foreign policy. Foreign Minister Maria Fernanda Espinosa maintains the same discourse on Venezuela as her predecessors Guillaume Long and Ricardo Patiño. She defends the non-interference, respect for sovereignty and self-determination, support for dialogue and rejection of sanctions. That was the official position of Espinosa, presented during the meeting of the Bolivarian Alliance for the Peoples of Our America (Alba), on Tuesday, August 8, 2017, in Caracas.
In this sense, there is a coherence with the government plan of Lenin Moreno, which aims at strengthening the regional integration in the Union of South American Nations, the Community of Latin American and Caribbean States (CELAC) and the Alba. The official plan condemns imperialism, neocolonialism, interference, and intervention in other states.

The support of the Alba to the government of Maduro has already been rejected by the European Union, the Mercosur, the United States and 12 other countries of the continent. The Alba disapproved the economic measures imposed by the United States, which were extended yesterday, August 9, and what its member countries call interventionism to achieve aregime change. (I)

Ecuadorian takes refuge in a church to avoid deportation

Entrepreneurs from Bolivia and Ecuador met