An advertisement that went unnoticed. The President of the Republic, Guillermo Lasso, declared on Thursday, November 18, 2021, that he requested accession to the Trans-Pacific Economic Cooperation Agreement (TPP-11). 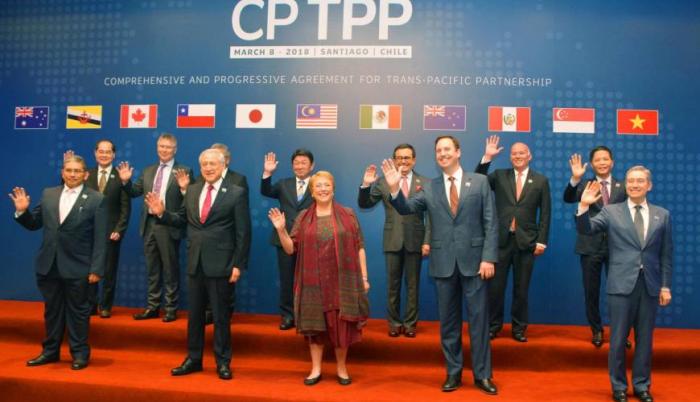 In 2018, the leaders of the 11 countries signed the renewed treaty.

“We have asked for the inclusion of Ecuador in the Trans-Pacific Alliance,” said the president.

The TPP-11 is a mega trade agreement signed between Australia, Brunei Darussalam, Canada, Chile, Malaysia, Mexico, Japan, New Zealand, Peru, Singapore and Vietnam, the new version of which came into effect at the end of 2018.

It has been mentioned as the world’s largest free trade area. A market of 500 million consumers, which represents about 13.5% of the global Gross Domestic Product (GDP). The application of the agreement reduces the tariffs of 95% of the products exchanged by these countries. For example, a Vietnamese automaker that needs to import components from Japan, auto parts from Mexico, or chips from Brunei will not pay tax on any of those products.

“Ecuador made an expression of interest to be part of the agreement, so it initially made contact through the depository country New Zealand and is awaiting your response. That is what has been done so far”, he assured EXPRESO? the Ministry of Production, Foreign Trade, Investments and Fisheries.

In 2017, then-US President Donald Trump withdrew his country from TPP-11, which had been promoted by his predecessor, Barack Obama.

Before coming to the White House, Trump had called the TPP “a potential disaster for the country,” arguing that it would harm the manufacturing sector.

Not only Ecuador seeks to enter the TPP-11. Nations such as Colombia, the United Kingdom and the Asian giant China have announced that they seek to join the bloc.

What benefits can it bring to Ecuadorian exports? Countries like Japan and Canada have great potential for Ecuadorian products, both for traditional and non-traditional products, says Xavier Rosero, executive vice president of the Ecuadorian Federation of Exporters (Fedexpor).

“It can happen at a very important moment. At a time when the logistics of connection with the Asia Pacific is very complex and very expensive. In the medium and long term, it will allow us to (cover) logistics costs,” says Rosero.

But its entry will not be easy, indicates the representative of Fedexpor. The 11 current members must endorse Ecuador’s adherence to TPP-11, which may take time.

One of the advantages with which Ecuador starts to enter the agreement is the implementation of the fourth attachment, an instance that allows articulating a negotiation strategy with the private sector, explains Rosero.

From the local industrial sector, it is pointed out that commercial opening must be accompanied by improvements in competitiveness. “There must be an intelligent commercial opening with markets with which we have complementarity. In this sense, it is essential to promote exports not only of raw materials or basic products; but, above all, to find space for exports with added value”, says Pablo Zambrano, president of the Chamber of Industries and Production (CIP).