Ecuador, waiting for the turn of the anti-drug policy in Colombia

In the midst of the security crisis aggravated by drug trafficking, Ecuador will have to deal with the changes announced by Colombian President Gustavo Petro, including another approach to the extradition of drug traffickers. 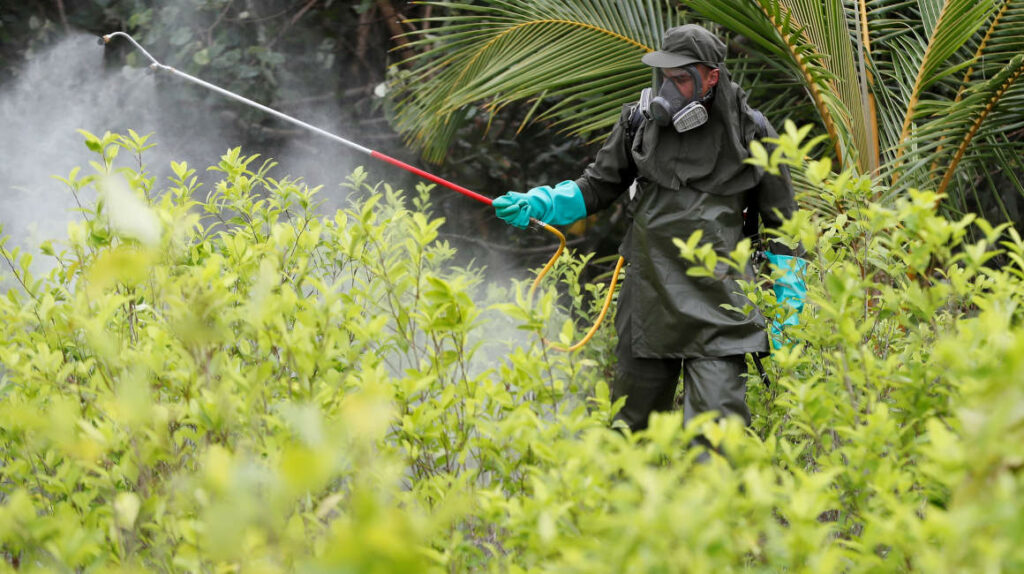 A member of the Colombian Police fumigates a coca crop during a day of eradication of illicit crops in the rural area of ​​Tumaco, in December 2020.

Updates with statements by the Colombian president, Gustavo Petro, on the extradition.

Gustavo Petro , the new president of Colombia, has changed the focus of the fight against drug trafficking , which he described as a failure.

This is a 180-degree turn in the anti-narcotics policy deployed by Colombia in the last 40 years.

Petro has proposed to Washington a change in the policy of extradition of drug traffickers to the United States.

The Colombian president proposes that drug traffickers who refuse to negotiate with the state be extradited to the United States, as well as those who negotiate but repeat their criminal activity.

As long as those who agree to negotiate with the state and surrender will not be extradited and will receive legal benefits. The United States has said it will continue to negotiate and discuss the new proposal.

But on August 23, 2022, the first sign of change in Colombian politics has already taken place.

General Henry Sanabria, who assumed the leadership of the Colombian Police on August 19, 2022, announced that manual eradication and voluntary substitution of coca crops will be prioritized.

The proposal is to meet with the communities and agree with them on the voluntary eradication and substitution of this crop, according to Sanabria in an interview with the Bogotá newspaper El Tiempo .

The first measure taken by Petro has to do with the controversial fumigation of coca crops with the herbicide known as glyphosate.

The previous government, chaired by Uribista Iván Duque, was processing the environmental permit for the use of glyphosate for aerial fumigation.

According to Sanabria, the Petro administration will not give continuity to this procedure .

With this, it seeks to comply with one of the points of the peace agreement that the government of Juan Manuel Santos signed with the demobilized narco-guerrilla of the FARC.

For General Sanabria, the chain of sowing, cultivation and harvesting of coca leaves should not be the priority of anti-narcotics policy. The objective must be to chase the big mafias.

With support from the United States

The US government recognized that past drug-fighting policies have marginalized some communities.

Rahul Gupta , director of the White House Office of Drug Control Policy, announced that Washington will cooperate with Colombia in what he called “a new era.”

“President (Joe) Biden is aware that some past policies have marginalized some people and have not worked for many populations,” Gupta said.

Gupta, who officially visited Colombia on August 22 and 23, held a meeting with President Petro and several of his new ministers.

The Biden administration is in a “new era in drug policy” and views drug use as a public health issue, according to Gupta.

And the new Colombian government agrees with that vision. But what does Ecuador say?

The impact in Ecuador

Given Colombia’s announcement, Ecuador has not yet made its position public.

Officers in charge of the Police Antinarcotics Directorate did not comment when asked by PRIMICIAS about it.

Mario Pazmiño, former head of Military Intelligence in Ecuador, does not believe that the Colombian decision will have positive repercussions in Ecuador.

Although the previous policy, which included the forced eradication of crops, increased coca production, doing the opposite would not imply the end of drug trafficking, adds Pazmiño.

On the contrary, it would generate a ” faster overflow towards Ecuadorian territory of cartels and processing centers ” of cocaine, says Pazmiño.

With forced eradication, explains Pazmiño, the narco-guerrillas are in charge of guaranteeing coca production on the Colombian side.

But if it ends with it in Colombia, the risk is that the narco-guerrillas migrate to Ecuador to continue their illegal activities here.

According to the United Nations, in 2020 the area planted with coca in Colombia reached 143,000 hectares.

Claudia Navas , an expert at the Control Risks consulting firm , says that although the hectares of coca crops have been reduced, drug traffickers have increased production , growing crops three times a year instead of two.

This also explains the greater number of seizures. Navas and Pazmiño point out that criminal groups require more logistics and therefore there are more violent disputes.

The United Nations Office on Drugs reported that the three countries where the most cocaine shipments were seized , in 2020, are Colombia, the United States and Ecuador, in that order.

Of the almost 1,500 tons seized that year, 6.5% was seized in Ecuadorian territory.

Virtual fair exposes university study options for Ecuadorians in the US