Ecuador will insist – formally – that roses, artichokes, broccoli and tuna be included in the United States Generalized System of Preferences (GSP), which allows preferential product access. 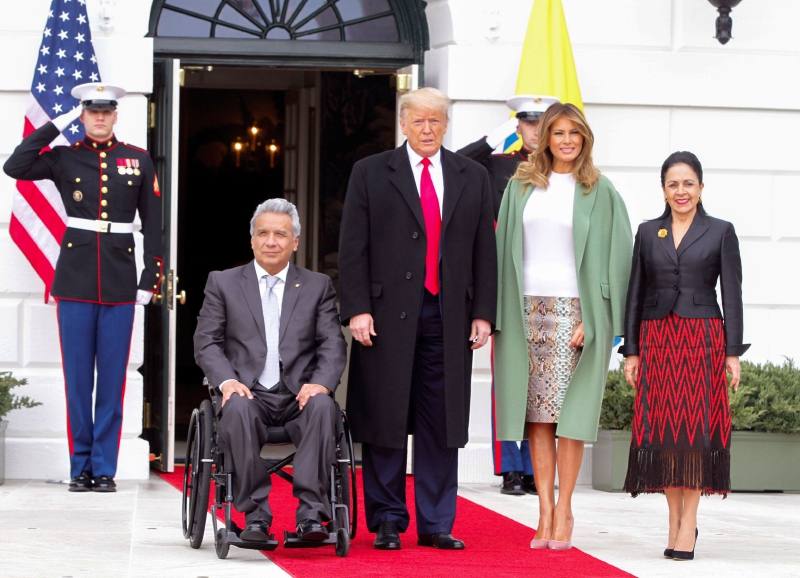 In 2019, Ecuador made an entry request but there was no response, recalls Daniel Legarda, president of the Ecuadorian Federation of Exporters (Fedexpor).

The leader mentioned that interested parties, whether governments or importers, can submit applications until March for the annual review. This is because the hearings to address these approaches are usually given in July. “From the point of view of the political push of the last visit (from President Lenin Moreno to the US), the Government should make the request for inclusion next month and insist on it at the meeting of the Trade and Investment Council ( TIC), in April, ”explained Legarda.

The Minister of Commerce, Iván Ontaneda, is optimistic that they are now included.

According to the official, because Donald Trump, president of the United States. UU., Showed political openness and expressed it in the appointment with Moreno.

Referring to Moreno’s trip, Ontaneda said they submitted the petition to the USTR (Trade Office) of the four products, which are important within the non-oil export basket.

When asked when there would be an answer, he replied “we are in the times”, and stressed that it is a decision that does not go through Congress but by the Executive of that country.

He added that in the appointment with USTR officials there were meetings of the binational technical teams.

“The political support is very important, but you have to support the applications well and get support in the US. UU. (from importers, associations). It not only grants the GSP for the development of countries, but for the benefit it generates to its own economy and business sectors, ”said Legarda.

Ontaneda considered that in the third ICT meeting, which will be held on April 14 and 15, the approach to inclusion could be underpinned. “We hope that this issue is already defined in this meeting or that we have something much more grounded and concrete,” said Ontaneda.

Bruno Leone, president of the National Chamber of Fisheries, said that since the Agreement on Tariff Preferences (Atpdea) ended in 2013, Ecuador seeks entry into the GSP. If given, it considers that the sector could increase exports that reached $ 165 million, a figure that could double. The savings in tariffs would be about $ 23 million.

For Gino Descalzi, director of the Association of Producers and Exporters of Flowers of Ecuador (Expoflores), there are good possibilities to enter that system. “It’s Trump’s decision, because it’s a unilateral concession from the United States. I think relationships are at their best, ”he added.

Descalzi estimated that the country would potentially receive an additional $ 30 million a year for the same tons of exports.

A total of 122 countries benefit from tariff preferences. In the Ecuadorian case, some 880 companies export 380 products under the GSP. (I)

Ecuadorians will pay less in their international roaming rate