On next Monday, the foreign ministers of Ecuador, Ricardo Patiño, and of Costa Rica, Enrique Castillo, will sign an agreement on maritime delimitation in the Pacific between the two countries.

According to Castillo, for several years his country has been working in the maritime topic with Ecuador, until reaching an agreement after several “analysis from specialized technical teams in setting the coordinates (…) Negotiations are purely technical, of geographical aspects. They are not of a political nature, although they have great political significance because it establishes with certainty the boundaries between the two countries,” he added.

Costa Rican Foreign Minister will travel to Quito on next Sunday for signing the agreement the next day. The maritime boundaries were defined after three meetings held between last February and April, informed the Ministry of Defense. 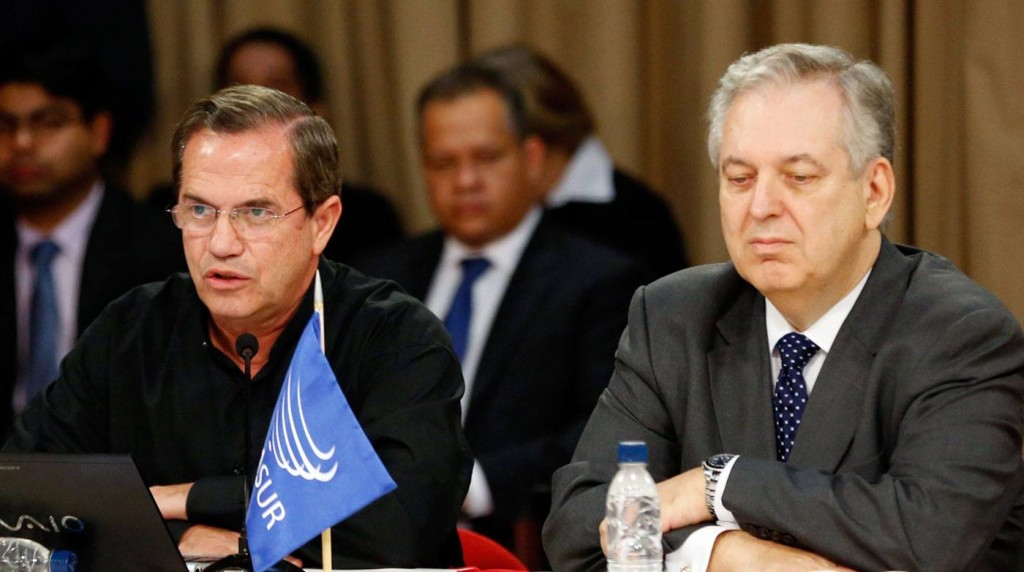 Ricardo Patiño (left) will attend the signing of the agreement.