Ecuador won 25 gold medals in the V edition of the Middle of the World Brewing Cup 2021, an event that had Quito as its venue and where 170 national and international breweries competed, with 791 styles in 56 professional categories and 3 special categories: chicha beer, beers with national malt and beers with local Ecuadorian products. 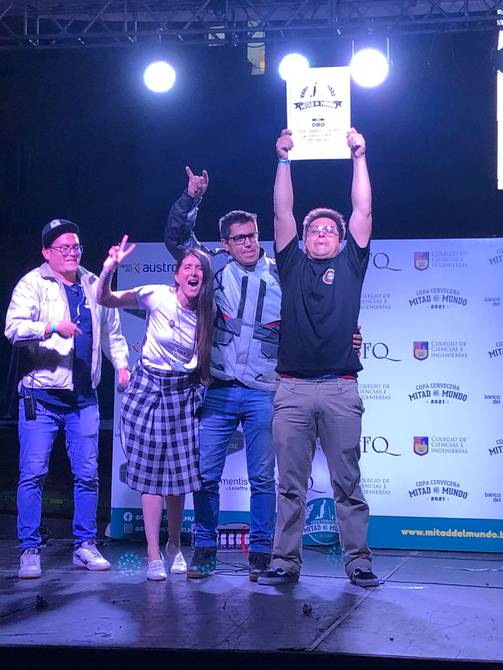 Members of the Quito brewery winners of the Best of Show award in the Chicha Beer category.

In one of these special categories, Chicha Beer, was awarded the Best of Show to Fandango as the best beer in Latin America.

This fifth edition was attended by 20 international judges and 23 national judges, who qualified according to the balance, taste, appearance and technical characteristics of each style within the framework of the BJCP (Beer Judge Certification Program), choosing the best of Mexico, Peru, Honduras, Argentina, Uruguay, Colombia, Chile, Bolivia, Costa Rica, Panama and Ecuador.

“Despite the 80% drop in the craft beer sector after the pandemic, this year there is an accelerated recovery process, as shown by the 20% increase in craft beer brands, therefore through this event we want to place fermented beverages as a cultural and tourist heritage of the country ”, indicated Ryan Hood, president of the Association of Craft Brewers of Ecuador (Asocerv), a non-profit organization that represents the rights of Ecuadorian brewers and has sought to expand the local craft beer culture.

Asocerv uses the funds from organized events to invest them in benefits of this industry. It currently has 87 nationally affiliated craft breweries that seek greater promotion and representation in Ecuador and the world through the union.

Meanwhile, the vice minister of production, Carla Muirragui, congratulated the winners of the competition for the potential shown and gave recognition to Django Cervecería Artesanal, as the best brewery in Ecuador, for the number of awards received in the contest: three medals of gold, one silver medal, three bronze medals.

“Europe is a stable market for Ecuador”

Fusarium, what is the strain that attacks the banana plantations of Colombia and Peru?