BREAKING NEWS
The vacancy of office spaces increases and rental prices tend to drop in Guayaquil
Galapagos: the jewel in the crown does not feed
Ecuador will present at the UN advances in Sustainable Development Goals
These are the benefits of eating bananas on an empty stomach
With only 9% occupancy, hotels already consider lost in 2020 and 2021
Filmmaker Sebastian Cordero: “The Academy has given a sign of inclusion”
Agrocalidad rules out presence of locust plague in the country
Four axes of business opportunities were highlighted in dialogue on the Reinventa Ecuador project
The US withdrew 300 visas from Ecuadorians linked to corruption
Movie theaters will reopen on July 6 in Ecuador 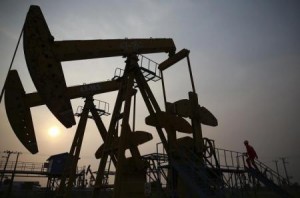 Ecuador has reduced its oil revenues. In part, this could be due to the modality of credit agreements and advance sale of oil to China.

A barrel of West Texas Intermediate crude (WTI), a reference to the Ecuadorian oil, closed at US $ 65.84 on December 5, which was the lowest value since July 2009. With the differential or punishment for lesser quality, the Ecuadorian Oriente crude rate stood at USD 58.21, as indicated by the Bloomberg news agency.

About 90% of Ecuador’s oil exports are with the state company Petrochina.

Crude prices show a sustained downward trend, but the depreciation for Petrochina remains the same due to the type of credit agreements and advance sale of hydrocarbons.

Although the price of Ecuadorian oil has dropped to $ 60 per barrel, the Government must continue to pay about US $ 15 for the credit to China. That means $ 45 enters per barrel sold, a 47%.

The Non-Renewable Resources Minister, Pedro Merizalde, confirmed that the state is receiving less revenue for the sales contracts of crude with China.

“Obviously there is a variation between what was invoiced before and what is now invoiced for the change in WTI prices,” the authority said without giving further details.