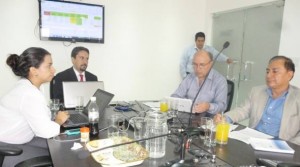 The delegates of workers and employers to the National Wages Council (Conades for its Spanish acronym), after their meeting yesterday, set the increases in the salary scale for mobile telephone companies.

To the appointment was also attended by Ximena Cobos, Technical Secretary of Conades; and Xavier Estupiñán, President of Conades.

Luis Poveda, representative of the employers to this entity, said there was an increase from 4% to 21% in four wage structures of mobile telephone companies.

The President of Conades said that the entity official version will be released in the coming days through a statement.