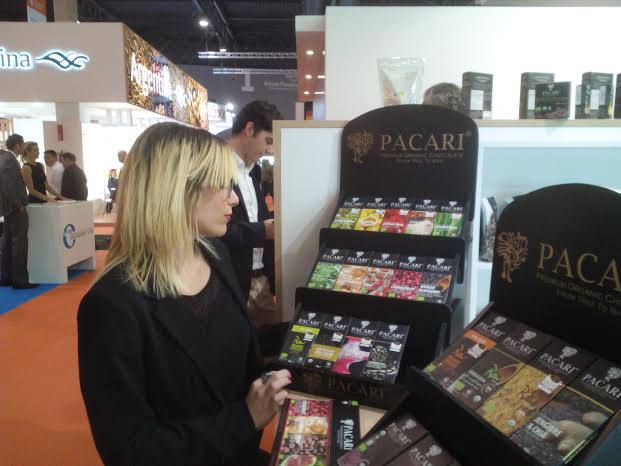 Fourteen companies in the country have begun their participation in the Food Fair, held from today until Thursday, with their sights set on the European market and especially expectantly before the signing of a ‘trade agreement for development ” between Ecuador and the European Union, which could occur at the end of the year.

“That helps us a lot … I wish this happens,” said Jose Oleas, representative of Agroalina, an Ecuadorian company that is trying to introduce quinoa and quinoa products in Europe.

But if Agroalsina has just begun its journey, Santiago Peralta, CEO of Pacari, one of the companies in the country that has made a name in the international market, noted that the budding agreement will allow Pacari to maintain its costumers, as 60% of its exports go to Europe.

But the point here is not only to maintain exports but to recover them, as in the case of Sipia, a company that manufactures canned fruits and vegetables. Guillermo Narvaez, its CEO, explained that, long ago, 60% of production went abroad, an amount that has been reduced to 30% due to the appreciation of the dollar and high production costs in Ecuador.

The earthquake did not weaken the Manabi industry