Ecuadorian households spend about USD 50 per month in health 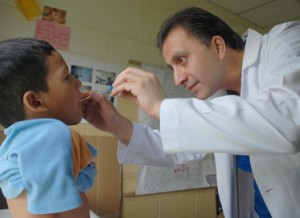 An average of USD 179 million per month are spent by Ecuadorian families in health services, according to the National Household Income and Urban and Rural Households Expenditure, from the National Institute of Statistics and Census (INEC for its Spanish acronym), during 2011 and 2012.

The document notes that from this amount, 52% is used for pharmaceutical products, 15% for medical services and 13.9% for hospital services. The remainder is divided between dental, paramedical and other products.

The city that spends the most on health is Quito with USD 30 million per month. Followed by Guayaquil with USD 29.6 million.

According to the survey of INEC, health is the sixth item in the highest spending for  Ecuadorian households, with an average of USD 50 per household. The first place is occupied by food, transportation, goods and services.

EU and Ecuador will have additional meeting of political order