More than 25 years after her story shocked the world, the Ecuadorian Lorena Gallo, better known as Lorena Bobbitt , made the decision to recount her experience of abuse and her radical drive to help more women with the film ‘ I was Lorena Bobbitt ‘, in which she recounts her improvement process. 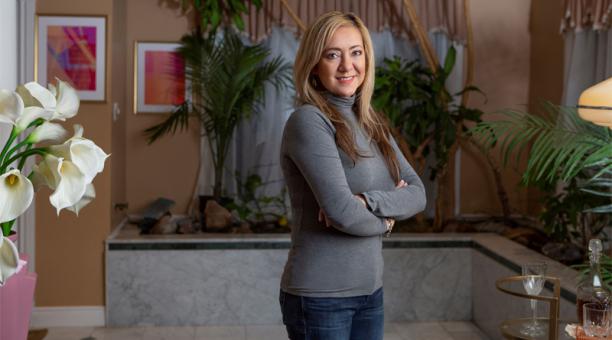 “Escaping abuse is not an event, but a process,” the activist said at a press conference about the criticism that most victims of domestic and sexual violence face when questioned about why they cannot get out of a situation of abuse .

With this in mind, Gallo decided to tell her story in her own voice by producing and narrating the film ‘I was Lorena Bobbitt’, which will hit Lifetime screens on November 25 as part of the International Day for the Elimination of Violence Against Women. Women.

In this installment, homage is paid to the victims and survivors of sexist violence.

Gallo considered that it is necessary to continue telling these stories and have that connection with many victims and survivors .

“For me it means that this situation of domestic violence is real, it is what happens in the United States, around the world and in Latin America we have accepted abuse,” said Gallo.

Lorena Gallo was abused by her then husband, former US Marine John Bobbitt.

Rapes, physical and psychological abuse, among other things, was what Gallo had to endure for four years until one day she decided to end the abuse and in an impulsive act cut her husband’s member while he was sleeping.

Some time later, Gallo would find out that she suffered from the domestic abuse syndrome and that this led her to commit this act, but at that time the media were not very sensitive to the event that occurred in 1993 when they jokingly ridiculed the suffering of that woman.

At the same time, her abuser, John Bobbitt, took advantage of the fame that the tragedy had brought him as a pornography actor.

The objective of the film, she said, is to continue helping victims and survivors to break the silence in the face of sexual violence experienced by Latina women and from many sides.

” We are living through a social epidemic ,” said Gallo, who currently chairs the Lorena Gallo Foundation, a space that supports victims of domestic violence .

Also present at the conference were Carmen Larios , Vice President of Lifetime; Mónica Godoy , anthropologist with a master’s degree in Gender Studies, and Mabel Bianco , president and founder of the Foundation for the Study and Research of Women.

The latter highlighted the work that Gallo does with its foundation and the strength of telling its story, although it is aware that the problem has not been eradicated.

She said that society should have zero tolerance for violence against women and girls “and also spoke about lesbians and trans women. The reading that we give to the film is that it is a fundamental contribution to denature violence ”, he assured.