A group of Álvaro Noboa sympathizers yesterday held a sit-in in front of the National Electoral Council (CNE) to demand that the businessman’s sixth candidacy for the presidency, sponsored by the Social Justice movement, be accepted. 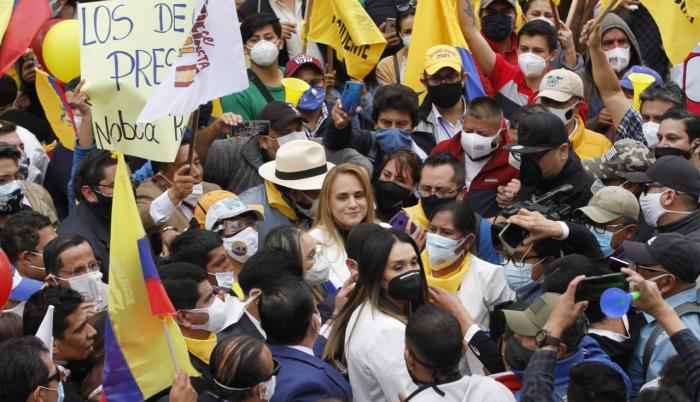 From early on, some interprovincial buses arrived outside the electoral body with the militants who with flags and posters assured that they will not allow Noboa’s participation to be impeded.

Some even threw eggs into the CNE as a sign of rejection of the entity, although later the leaders close to Noboa denied that this form of protest corresponds to them and blamed “infiltrators” from other parties such as CREO and the Social Christian Party. who accuse of being behind the impediment to participate in Noboa.

Gino Cornejo, aspiring candidate for the vice presidency in combination with Noboa, announced yesterday that Social Justice entered before the Electoral Contentious Tribunal (TCE) a challenge to the decision of the CNE plenary session with which Noboa’s pre-candidacy was left without a floor.

“This is not the time to stay home and be quiet. There is a clear attempt to harm this pair, but mainly the will of Ecuadorians who see us as a true option for change, “said Cornejo.

As has become customary in this type of demonstrations outside the CNE, neither social distancing nor the generalized use of the mask were a priority to avoid a possible contagion with coronavirus.

Sylka Sánchez, spokeswoman for Noboa, said yesterday that the only thing the CNE has to do is comply with the sentence of the electoral judges who ratified the legal life of Social Justice and gave a deadline for this political organization to register its candidates.

“The president of the CNE, Diana Atamaint, is lying when she says that the registration process for list 11 was open all the time to register the candidates. I have the documentation to prove what really happened, ”said Sánchez.

The spokeswoman also made a complaint that votes were being manipulated in the Assembly  with the aim of saving the Minister of Government, María Paula Romo, from censorship and dismissal, within the political trial that is expected to take place in the coming days.

“I call on the Ecuadorian people to be attentive and vigilant to see how the vote of the CREO bloc will be in the political trial, because we already know how the Christian Social Party has been voting ,” he said.