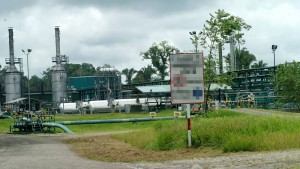 According to the National Information Service (SIN for its Spanish acronym), the price of Ecuadorian crude lost $ 11 per barrel in July compared with the previous month.

The downward trend of Ecuadorian crude recorded a sharp fall than that of Texas oil (WTI), which is the marker for the Ecuadorian price and the same that also had a contraction in June and July, but this was of 13.87%.

The Texas oil price closed yesterday with a slight recovery to settle at $ 45.74, according to information from international news agencies.

Jaime Carrera, executive secretary of the Fiscal Policy Observatory, every time the price of oil falls, it means less resources for the economy and for the state.

The expert said that although the Government has not adjusted the macroeconomic budget, because it still maintains in the pro forma budget of 2015 with a price of $ 79.7 per barrel, it shall conform to the current resources.