When mentioning the word Auschwitz, the horror of the Nazi genocide against the Jews comes to mind, but this death camp not only housed people of this race, gypsies, homosexuals, political opponents and all those were murdered on its terrible walls. That I would think differently. The killer machine of the Third Reich. 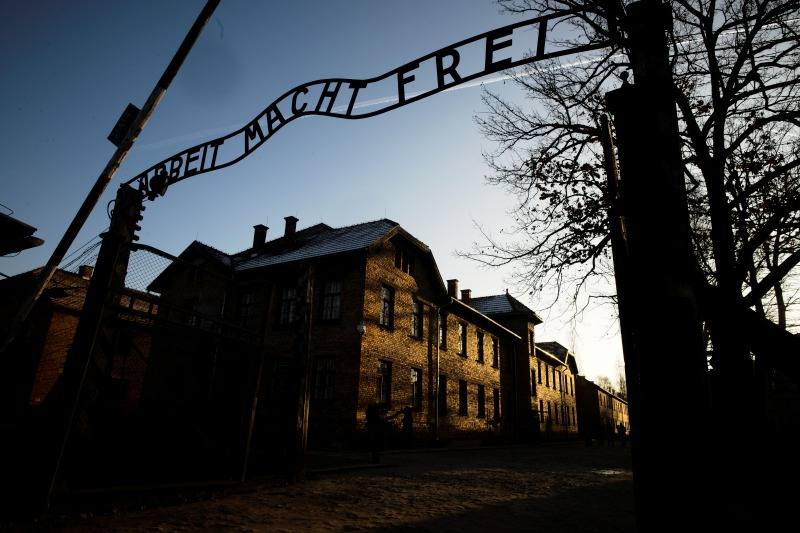 But also the memory of the names of people who sacrificed themselves to save dozens of Jews, who risked their lives to do so, as is the case of the industrialist Oskar Schindler; the self-appointed consul Giorgio Perlasca or the Swedish diplomat, Raoul Wallenberg.

They have written books and filmed movies, but are there more characters that resemble them? Well, among these heroes saved from anonymity, Ecuador also put some names and it is valid to remove them from oblivion, just today that 75 years after Auschwitz’s release.

First we must go back a decade ago when in the 1930s the Jewish migration from Europe increases, among the causes we can mention the economic crisis that was spreading worldwide which caused a large-scale inflation in most countries of the world , especially in Europe and another element would be the persecution of which they were subjected in Germany by the Nazi regime, especially when the ill-fated Nuremberg Laws had been enacted in 1935.

Latin America was considered a continent suitable for migration, Ecuador was linked to this situation; Cuenca and Guayaquil were the ones that received the most Jewish migrants from 1936.

Despite the so-called open border policy, the country began implementing immigration policies to regularize the arrival of Jewish families. In that framework a regulatory decree for this type of migration is implemented during the dictatorship of General Alberto Enriquez in 1938.

Said decree established that persons of Jewish race who arrived in the country should devote themselves exclusively to activities related to industry or agriculture, since commercial activities were prohibited, according to the Government, to protect national trade from unfair competition. In addition, the decree urged that, within 30 days, foreigners of Jewish origin residing in the country who do not engage in these activities will have to leave the country.

The decree was repealed after Enriquez left power, but immigration restrictions were maintained by the Foreign Ministry, ordering diplomatic legations in Europe to place quotas to grant a visa to Jews who wanted to come to Ecuador.

When the war begins and the so-called Final Solution begins to be perpetrated in the Nazi-occupied Europe, there were Ecuadorian diplomats who, despite the restrictions, granted visas to dozens of refugees fleeing the killings, among them Manuel Antonio Muñoz Borrero .

Muñoz Borrero, born in Cuenca, a career diplomat, for those years he held the position of Ecuadorian consul in Sweden and, from there, granted dozens of visas to Jews, refusing to receive any type of financial compensation, being harassed by the fearsome Gestapo , which constantly intrigued to be removed from office.

The consul, despite all the complications and risks of the task he was doing and more when most of Europe was conquered territory of Germany, continued to seal and sign the passports to the persecuted, altering the dates so that they did not lose validity .

Then he would be sent to the diplomatic legation in Colombia. Muñoz Borrero would return after the war to the country where he would die in 1976. He managed to save the lives of dozens of people, for this reason Israel would grant him in 2011 the title of Fair among the Nations.

In the diplomatic field, in addition to Muñoz Borrero, there are other Ecuadorian officials who helped the persecuted, such as José Ignacio Burbano, consul in the German city of Bremen between 1937-1940. According to investigations, he issued forty visas.

Fernando Chaves Reyes who since 1938 was appointed consul of the cities of Le Havre and Marseille and who also stood out in helping the persecuted. In 1941 he returned to Ecuador.

José F. Morpurgho, consul ad honorem in the city of Trieste joins this list. As an additional fact, Czech Mnislav Zelený, a Czech writer and former ambassador to Ecuador, wrote for the Prague newspaper Mladá Fronta , an article in 2010, where he names Ernst Fuchs, honorary consul of Ecuador in Prague since 1929; Jiří Vondráček, appointed honorary vice consul of Ecuador in 1936, and Karel Linhart, honorary vice consul since November 1938, as officials who helped hundreds of people escape a certain death and find refuge in Ecuador, thanks to the visas they granted.

Hidden stories that deserve to be rescued to recognize the Ecuadorian Schindlers.

Coronavirus: Ministry of Health studies a possible case in a Chinese citizen