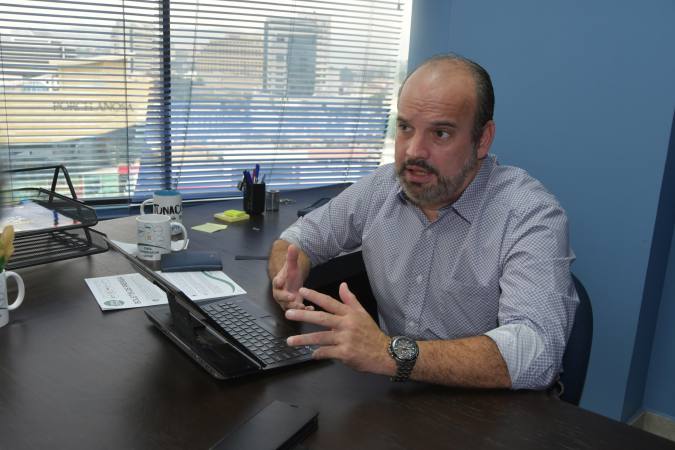 Guillermo Morán Velásquez, Ecuador’s representative to the Inter-American Tropical Tuna Commission (CIAT) and manager of the Tuna Conservation Group (Tunacons), comments on the progress made by the country in the Commission’s Convention held in Mexico last month.

Q: Who is part of this Tuna Commission?
A: 21 countries are part of the Commission, they meet to ensure that resources can be maintained within the maximum sustainable yield, that fleets can operate without overexploiting the resource (tuna).
Q: Who represented Ecuador at the IATTC?
A: We were a team made up of industry and government representatives, under the leadership of Minister of Aquaculture and Fisheries Ana Drouet.
Q: What achievement Ecuador reached?
A: We prevented the national tuna fleet from being paralyzed for five months, possibly from September, because it had reached the permitted annual catch limit.
Q: How is the catch limit set?
A: At the beginning of the year in an ordinary convention the limit is established according to the catches for each country.
Q: And why did you reach the limit?
A: Because the catches increased by approximately 15%, a relatively good catch especially of the main species of Ecuador, the skipjack, and also the yellowfin and bigeye tuna grew … This additional 15% could have led us to close in September.
Q: How much is that in tons?
A: Approximately we have an additional 20 thousand tons (t), from 407.968 tons to 427.181 tons. For example, skipjack tuna increased from 213,169 t to 233,856 t; bigeye has grown from 28,194 t to 44,598 t.
Q: And what was the limit?
A: The limit was 97,700 t for bigeye and yellowfin tuna, and we already had caught 81,000 t in July, and 16,000 t were missing.
Q: How much money would the country have lost?
A: We estimate that it could have affected the trade balance between $ 400 million and $ 500 million a year. The industry generates almost $ 1.2 billion a year.
Q: In exchange for what Ecuador can continue fishing?
A: In compensation, instead of having a 62-day ban, we took 72 days, ten additional days of closure this year, which gives a respite to the industry, which does not have to stop for five months.
Q: When is the close season?
A: There are two periods: from July 29 to October 8 or from November 9 to January 19, fleets may choose, but they should notify the IATTC first. (I)