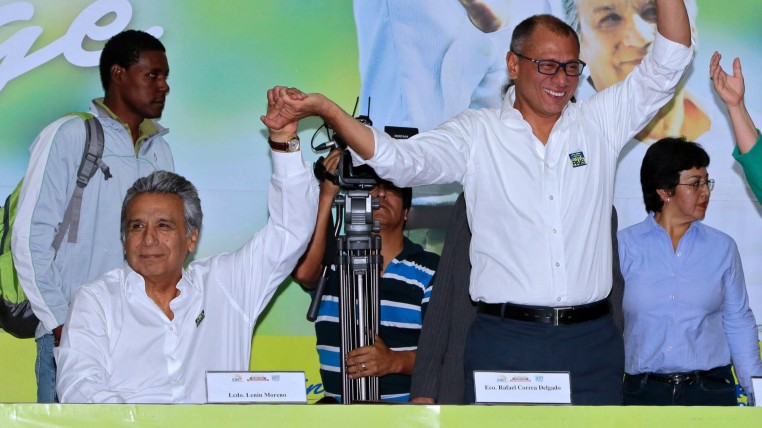 The Inter-American Institute for Democracy (IID), based in Miami (USA), alerted Ecuadorian voters this January 3 about the mistake of voting for the ruling party Alianza PAIS. According to this organization, the political coalition led by Rafael Correa “has been hurting them for a decade.”

Alianza PAIS “has backed the worst tyrannies of our continent during its existence,” and has been “contrary to the principles of democracy,” the IID, an organization in defense of freedoms, said in a statement. The electoral campaign started on Tuesday in Ecuador. Correa’s successor, who has been in power since 2007, will be appointed after the elections of February 19.

The IID organization stated that “although it is not its task to suggest Ecuadorians which of the democratic options is the best,” it has the duty to point out which party is “contrary to the principles of democracy and respect for fundamental rights,” and according to the IID, that party is Alianza PAIS. A total of eight parties will participate in the elections that will mark the end of a decade of Correa in power, who came from the hand of the Alianza PAIS political movement.

The IID attacked Correa’s relationship with the Cuban regime, a “totalitarian and repressive system based on the disappeared Soviet model,” and recalled that Transparency International, which monitors corruption in the world, “gives Ecuador a dishonorable 107th place.” In addition, the World Press Freedom Index, which measures freedom of expression in the world, ranks Ecuador in place 109, “due to Correa’s dictatorial attitude,” and the “defamation campaigns he launches against those who criticize him,” the statement added.