Ecuador´s budget will reduce by $ 800 million 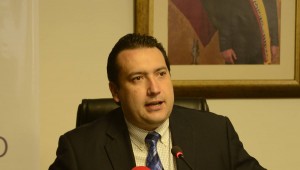 Last January the first cut was $ 1,420 million, which according to public finances add up 2.2% of gross domestic product (GDP).

Through a statement, the Secretary of State informed that for the current spending the cut will be of $ 100 million and the remaining $ 700 million for investment expenditures, especially “projects that can be deferred for the following years and do not affect in greater extent the economic growth and employment.”