The Minister of Energy and Mines, Xavier Vera Grunauer, announced that the government has signed an agreement of understanding with the Canadian company Barrick Gold, to undertake new mining exploration projects. 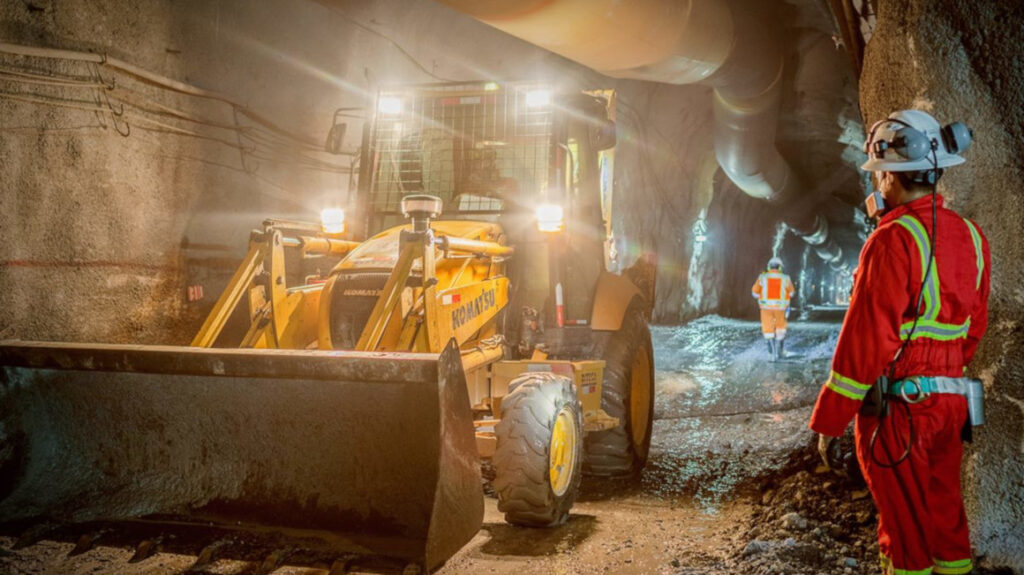 A Lundin Gold worker during work in one of the tunnels of the Fruta del Norte mine, in April 2018.

In 2022, mining exports will reach USD 2.6 billion , according to Minister Xavier Vera Grunauer.

This would represent an increase of 23% compared to the exports achieved in 2021 .

71% of microcredits are allocated to service and trade businesses

Between January and April 2022, Ecuador exported USD 984.5 million in minerals, according to data from the Central Bank of Ecuador.

Vera Grunaguer made this screening on June 15, 2022, during the closing of the Prospectors and Developers Association of Canada (PDAC) Conference, in Toronto.

The Minister also announced that the National Mining Company (Enami) has signed a memorandum of understanding with Canada’s Barrick Gold , one of the world’s largest gold producers .

The agreement will make it possible for Barrick Gold to search for areas to explore for opening projects .

Another of the world’s largest mining companies, the British Rio Tinto Group , has also shown interest in settling in the country.

This company has held initial meetings with the Ecuadorian authorities, although the talks are less developed than with Barrick Gold.

Vera Grunauer also confirmed to the Efe news agency that Ecuador has started talks with the Chilean state company Codelco about the Llurimagua project .

After more than a year of tension between the two parties, the Minister said that he had a “very positive” dialogue with the Chilean company.

To this end, Codelco has agreed to suspend the two international arbitrations that it maintained on the copper mine project, located in the province of Imbabura.

Mining is the sixth sector with the most non-oil exports from Ecuador. In 2030, the government expects mineral exports to reach USD 10 billion.