Ecuador’s Prosecution Office continues the investigation in the 2012-2016 Bribes Case.

In fact, before this phase ended, prosecutor Diana Salazar ordered that versions be taken and forensic expert reports to be made and forwarded information requests to public entities. For example, on Thursday, September 19, the Public Procurement Service must send a study on 170 contracts signed by the State with the companies Hidalgo & Hidalgo, Fopeca, TGC, Verdu, Equitesa, Consermin, and Sinohydro. 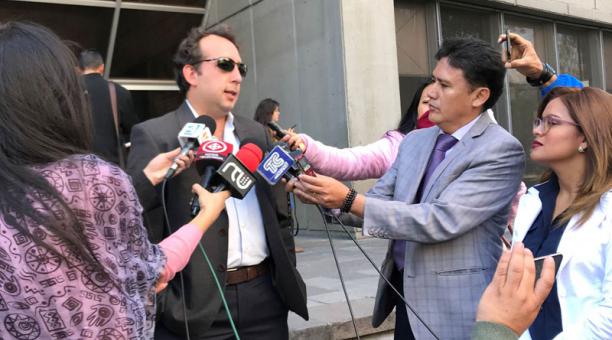 With this information, the entity seeks certification of each of the projects and determine if there were “complaints or complaints in any of its phases or during the award”.

The thesis of the Prosecutor’s Office is that between 2012 and 2016, the contractors allegedly delivered financial contributions to Alianza País (AP) in exchange for securing contracts.

These projects were promoted by the Ministry of Transportation and Public Works, the Ministry of Water, the Electric Corporation of Ecuador (Celec) and other entities. The researchers also asked that these entities deliver the contracts where Odebrecht and the other firms appear.

The Attorney General’s Office, on the other hand, must send new documentation on the legality control carried out to the Brazilian company.

The study must include a “comprehensive analysis” of the Daule-Vinces Transfer projects, earthworks in the Pacific Refinery, La Esperanza Aqueduct, Manduriacu electrical project, and the Pascuales-Cuenca Oliduct.

Another report requested by the Prosecutor’s Office is about the external office where Pamela Martínez, ex-adviser to Rafael Correa, and his ex-assistant Laura Terán worked. After it was confirmed that between 2011 and 2013 the lease of that space was in charge of Celec, the Prosecutor’s Office seeks more information on how the office operated.

That entity requested a list of the officials who worked in the Financial Administrative Vice Presidency since the person who leased the Martinez office was part of that Department.

About the versions, yesterday Françoise Villalba, former assistant secretary of Correa, appeared at the Prosecutor’s Office, accompanied by his lawyer Gabriel Rivera. The lawyer explained that it was an extension and that his defender spoke about the solidarity fund of the Presidency.

“This fund was voluntary and there were even contributions from President Correa himself. So much so that Françoise Villalba has appeared with the receipts with which it is shown that the (Correa’s) loan was canceled.

In addition, he carried the checks with which the former president contributed to that fund, ”Rivera said. Martinez said that in 2014, the former head of state received USD 6,000 of a remainder of the contributions made by contractors. The Prosecutor’s Office, on the other hand, indicated that this fund operated, but until 2012.

For the lawyers of the defendants, in this case, the closing of the fiscal instruction was surprising. Fausto Jarrín, attorney of Correa, said that concluding the investigation phase before September 29, as the judge of the case ordered, could cause problems in the defense strategy.

“When the linked ones knew the cause, this is 30 days ago, there were almost 400 bodies, that is, 40,000 documents, sheets, expertise, everything that implies an investigation. It is impossible to read everything ” he said.