A week after the 120 days of fiscal instruction, regarding the attack on the computer systems dobe the Swedish Ola Bini and Ecuadorian Marco Argüello, the Prosecutor’s Office has added information from several hard drives that they were sent to the United States for analysis.

The information extracted by FBI experts and sent through the United States Department of Justice would reveal Swedish Bini talks with people close to him and his friend the Australian hacker and WikiLeaks founder Julian Assange. 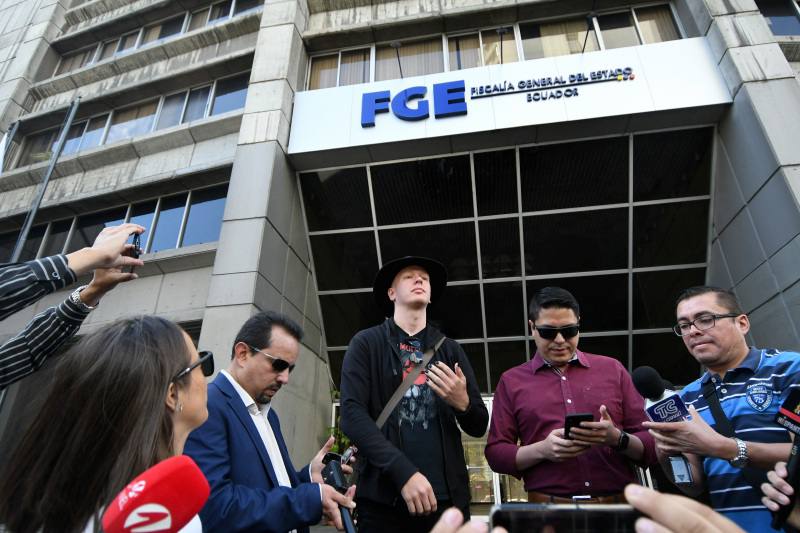 Among these people would be Renata Avila, Guatemalan lawyer from Assange; Felicity Ruby, an activist in favor of Assange; and journalist Glenn Greenwald. The conversations found would go from 2013 to 2015 and would include some with former officials of the Rafael Correa government.

Although he acknowledges that they knew that several hard drives were sent for analysis in the US, Bini’s defense, Carlos Soria, clarifies that he cannot speak of the truthfulness of what would appear in that report, since they do not know where it was extracted from information.

According to Soria, the personal conversations of his client, which have nothing to do with the crime under investigation, do not prove any kind of direct relationship of his defendant with the Correa government. “What we do show is that being a friend of someone or having worked with someone or having talked to someone is trying to accuse him of a crime, and this is not so.”

The lawyer indicated that the file is “contaminated” and full of violations of effective judicial protection and due process. He said that he has asked the Prosecutor’s Office to conduct an investigation for a possible filtering of documents, since digital media would have known before them “reserved information”.