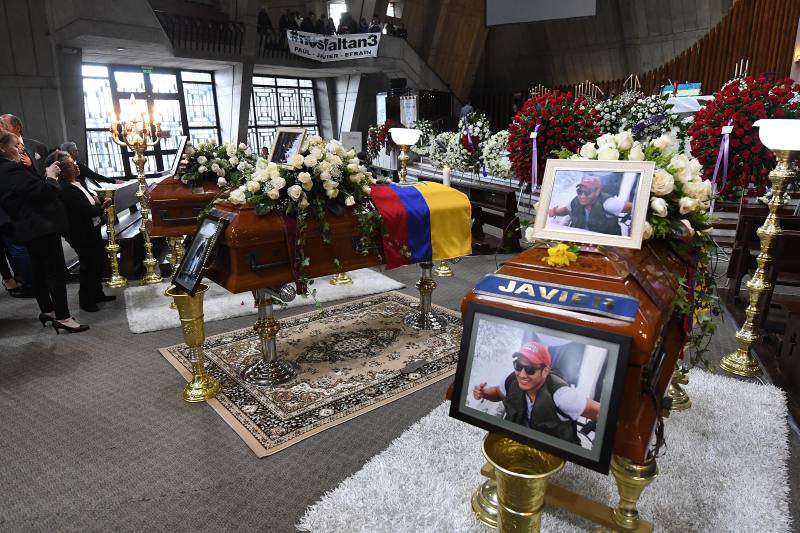 On Tuesday, a man of less than 30 years was captured in La Guayacana, rural area of Tumaco (Nariño), whom Colombian authorities have identified as the material author of the kidnapping of El Comercio from Quito’s journalism team. They refer to him as alias ‘Cherry’.

The information was published by the newspaper El Tiempo de Bogotá. The accused will be taken to Bogotá to legalize his capture. Around 22:00 the Ecuadorian Public Prosecutor’s Office confirmed the capture.

According to the newspaper, it was this man who, along with three others, all carrying weapons, stopped the passing of the truck in which journalists were transported in the morning of Javier Ortega, Paul Rivas and Efraín Segarra, on March 26, in the Ecuadorian parish of Mataje.

“He stopped the truck and the order he had from ‘Guacho’ was that all strangers were murdered, but when he confirmed that they were journalists, he contacted ‘Guacho’, who ordered him to take them,” the source said.

On July 7, Colombia announced the arrest of alias ‘Reinel’, whom they identified as a guard of the kidnapped.

The announcement of the death of the journalists was recognized by the Ecuadorian President Lenin Moreno on April 13.

The Colombian authorities assure that the Ecuadorians were kidnapped by ‘Guacho’, leader of the dissidence that has a group of men under his command who calls himself ‘Oliver Sinisterra’ and who controls the production of cocaine, and commits crimes for the Mexican cartels. (I)