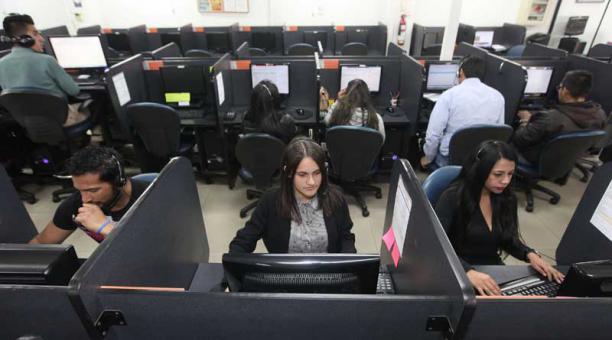 In the labor market there are more people who do not reach the unified basic salary or work less than eight hours a day, but do not want or cannot work more hours. For last month, in this condition, which is called ‘Other non-full employment’, there were 2.1 million people in Ecuador, 137,000 more than in June of the previous year, according to figures from the Institute of Statistics and Census , published this Monday July 16, 2018.

Byron Villacís, former director of INEC, explains that although it is not named in the same way it is another type of underemployment, although in this last category people do or can Work more hours in the day.

A case of ‘Other non-full employment’, says Villacís, are citizens who are unmotivated because the search for work in their areas has been unsuccessful and they resign themselves to their current job, even if they earn less than the minimum wage and work part-time.

The former INEC director points out that an increase in this indicator is a manifestation of the fact that the economy is not in “good health”. As a result, there are people who lose interest in finding a better job. “This cooling of the economy comes about two years ago, economic activity is less accelerated because there is less currency.”

Cronix, a call center company, employs about 50 people. Of these, 25% work on average about six hours. Yaici Narváez, manager of the firm, explains that in this category are university students, who have free hours to work after their student day.

She says that housewives are also included, looking for a partial schedule that allows them to be aware of the care of their young children, and, in general, other people who need a job, even if it is for less hours than the regular day.

They work six hours a day, work by season and receive a payment proportional to the salary established for this activity. Valeria Carrión is a Foreign Trade student at a public university. The schedules, for now, only allow you to work six hours a day in Cronix. The young woman, aged 28, earns USD 18 per day, resources that allow her to cover her personal expenses.

Diana Ayo studies Business Administration, but has worked for two years as a cashier in a restaurant in the capital. “It is advantageous to work partially because you can have your own money; although it demands time, necessity obliges “. The young woman receives half of a basic salary, which she invests in her studies and personal expenses. The human resources consultancy Grupo Adecco carried out a survey in April of 400 young people between 18 and 27 years old and determined that 37% have a temporary, part-time, temporary or contract work.

Administration, customer service, call center, pharmacy, medicine and sales are some of the areas where most find work.

For Nicolás Acosta, professor at the Faculty of Economics of the Pontifical Catholic University of Ecuador, one of the reasons that explains the increase in this indicator is the possible migration of people who were in a suitable job, but are no longer employed by some reason.

At the national level, 161,000 people left suitable employment in the last year. Although it is not a significant decrease, it does highlight the fall in Quito, which was 4 percentage points, while the ‘Other non-full employment’ grew in a similar proportion (4.7 points).

Andreína González is the mother of a two-year-old girl. She spends most of her time caring for her daughter, but she also sells baby clothes, through a social network, and jewelery.

Sales generate around USD 150 per month. Previously, she worked for a private company in the capital, but once the unpaid one-year maternity leave was over, she decided to look for an independent job, because it gives her schedule flexibility and allows her to spend more time with her daughter in her first years. (I)