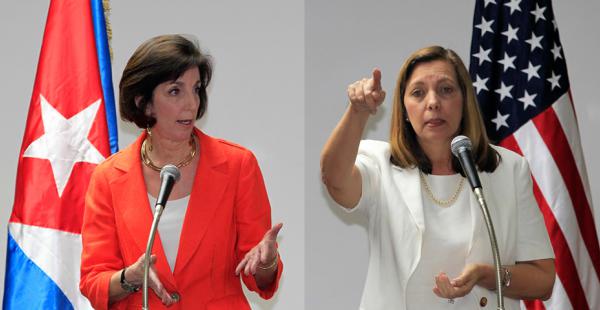 United States and Cuba met this Monday in Havana further discussions with a view to restoring diplomatic relations, at a time when both countries have disputes over Venezuela.

After two periods of talks in January and February in Havana and Washington, the chief of US diplomat for Latin America, Roberta Jacobson, started this Monday morning a meeting behind closed doors with the director of the US Cuban Foreign Ministry Josefina Vidal, a US source said, without elaborating.

“The parties have been in contact since their last meeting in February in Washington,” stated the State Department announcing the meeting.

“It’s in the best interest of the two countries restored diplomatic ties and reopening embassies,” said an official of the Department.

Vidal and Jacobson do not plan to talk to the press after the talks, suggesting that there would be not space for big announcements, as in the two previous rounds of talks.