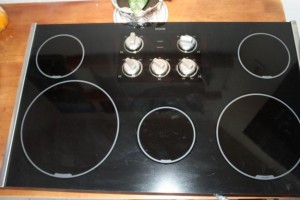 The Efficient Cooking Government plan already has its tariff scheme. This will start next August and will be reflected in the electricity bills of September, as announced by Vladimir  González Andrade, Manager of the program.

The official gave a presentation of the plan last Thursday during a ceremony at the College of Electrical and Electronic Engineers of Guayas, where he spoke of incentives that will be given to the users who replace gas kitchens by electrical induction cookers.

He said this subsidy will apply only to those who purchase the kitchens that are manufactured within the state plan.

This benefit has already been exposed by President Rafael Correa, un his weekly address of March 21, when he informed that the plan consists in providing 100 kilowatt hours ( kW / h ) with no cost per month through 2018, 80 kW for kitchens use and 20 kW for electric showers use.

In addition, users will make the switch of electric meters with the electricity Company, this in case of not having a 220 volts adapter (required for kitchens), which was announced by the Minister of Electricity Esteban Albornoz, in late April

González said that the service will have no cost once users acquire the stoves distributed by the Government. He specified that only the electricity meter is free.