Eight sailing ships with bow to the city 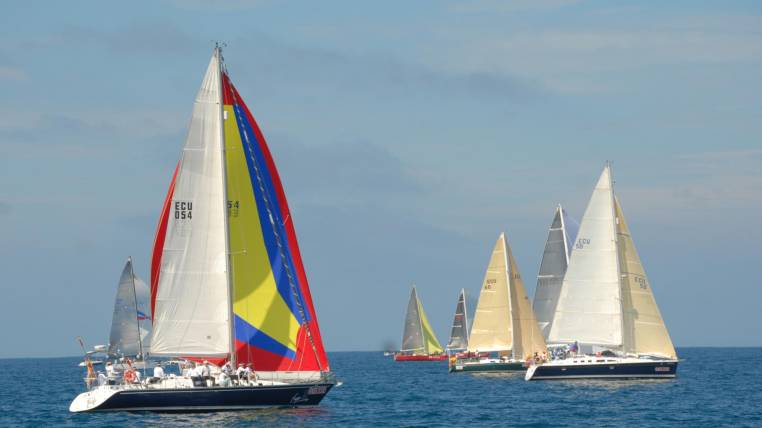 The Guayas River will once again receive the old sailing ships in its waters. At least four of the seven school ships that will visit this port to participate in the international event ‘Guayaquil a todo vela 2018’, will participate in a nautical parade from the sector of Astinave, in the south, to Puerto Santa Ana.

This was reported yesterday by the Ecuadorian Navy during the presentation of the program, which will have the participation of 1,800 crew members of the seven vessels to which the host, Guayas, will join them.

The event will run from June 28 to July 2, so, in addition, the Municipality of Guayaquil has included it in the proclamation for the festivities of the city’s foundation.

In fact, a delegation of 50 crew members from each boat will participate on July 1 in a parade through the 9 de Octubre Avenue, from the Centennial to the Simón Bolívar jetty.

Also for this reason, the presentation was made yesterday in the main hall of the Municipality of Guayaquil, with the presence of Deputy Mayor Doménica Tabacchi; and the president of the municipal tourism company of the city, Gloria Gallardo.

The details of the program were announced by naval officers Mauricio Alvear, Chief of Staff of the Navy; and Walter Gómez, general coordinator of the event.

The ships will arrive on June 28, from Peru. They will decarbonize in four docks in the river and the estuary.

Four will enter the river and the other three, of greater draft, will go to the seaport.

The four, along with the school ship Guayas, will participate in a nautical parade.

On the boat crashes against the structure of the bridge to Santay Island, Alvear told EXPRESO that there will be no risk for the sailboats. He explained that he has coordinated with the Oceanographic Institute of the Navy to consider tide schedules and, accordingly, schedule the activity.

The program is wide and includes acts of welcome to the boats in each dock; and reciprocally, a tribute from the delegations to the city, through a floral offering to the Independence Próceres, in the Plaza del Centenario.

‘Guayaquil a todo vela’ is the phase in Ecuador of ‘Regata Velas Latinoamérica 2018‘, which takes place every four years with the route of big sailing boats through Latin America and the Caribbean. It will culminate in September in Mexico, after passing through Colombia and Venezuela.

Sailboats from Argentina, Brazil, Colombia, Chile, Mexico, Peru and Venezuela, as well as Ecuador will participate

The White Band, of the Navy, divided in three groups; and that of the Metropolitan Police, they will receive them at the docks.

The welcome will include events in which 1,150 dancers will participate, according to the municipal tourism company.

On June 29, a delegation of the visiting ships will deposit an offering at the monument to the heroes.

On July 1, 500 crew members of the eight boats will participate in the parade to start the Julian holidays (fiestas julianas). (I)