BREAKING NEWS
Ecuador presents public policy of accessible and inclusive tourism
Fundamedios supports the journalist who revealed the unusual requests in jail 4 in Quito
Ecuador beat Colombia in the Qatar 2022 Qualifiers
Cuenca receives international designation of World City of Crafts
Ecuadorian Lorena Bobbitt: ‘Escaping abuse is not an event, it is a process’
Ecuador would close the year with $ 2.3 billion in online sales, 15% more than projected
Álvaro Noboa’s supporters protest outside the CNE
Álvaro Noboa’s supporters gather at the CNE to ask for his presidential candidacy to be registered
Electoral Council surrounded by supporters of the politician Álvaro Noboa, who demand his registration for the 2021 national elections
American schools summon Ecuadorian teachers by 2021 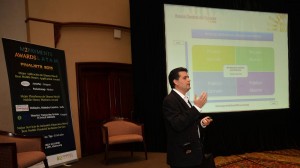 10% of those who have registered with the program of electronic money of the Central Bank of Ecuador (BCE) use the system implemented by that body, said yesterday Fausto Valencia, director of the project.

Valencia stated at the M2Money & Payments meetings, that from 27 to 28 February there are 47,456 users. “Of those 47 thousand, 10% is using the system; That is because we are still implementing transaction centers and informing people where they can do it,” said Valencia.

He explained that users charge $ 5, they consult the balance and after two hours they make the transaction again to verify that the money is still there.

He said that people in the rural and marginal urban areas, especially in the central Sierra and Manabi use e-money more.

The Sierra concentrates 51.80% of users, the Coast 43.91% and the difference is in the Amazon and the island region.