Electronic money: its promotion costs almost the total of its deposit fund 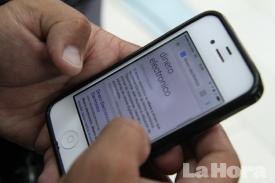 The budget for its promotion is 7.9 million, while there are only 8.6 million in its backing account. The 7.9 million dollars were allocated by the Government to promote electronic money from 2015 to December this year, according to information from the Central Bank. That figure is close to the $ 8.6 million deposited in this system.

“About eight million dollars were invested in raising 8.6 million, it is impossible to make a worse marketing campaign than this,” says the economic analyst, remembering that the implementation of the electronic money has been promoted for more than three years. “If this was a campaign they should have achieved a return of at least one dollar for every dollar invested,” he adds.