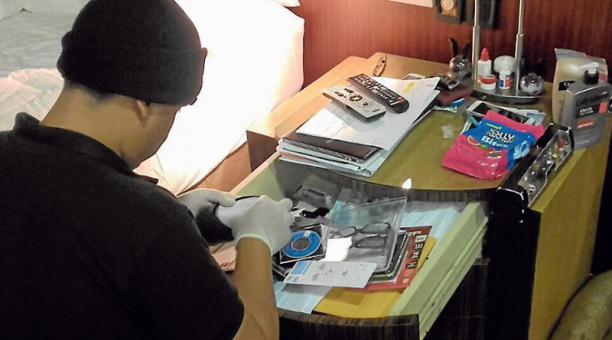 Investigators call them ‘collectors.’ This is about Ecuadorian emissaries responsible for buying gold to Peruvian smugglers. These details appear in tax records that are part of the investigation of a transnational network dedicated to the illegal gold exportation from Ecuador to the United States. That criminal structure was discovered in the police operation ‘Sunset,’ executed on June 17 in three provinces.

20 days after that raid, Daily El Comercio had access to documents that reveal that the organization worked mainly between Guayaquil and Machala. Spartan and Clearprocess, two companies that operated there are closed now. Now, their top executives are arrested in Guayaquil. They are: Alberto M., Javier M., Jordi M., Cesar C., Gustavo J., Jorge N. and Daniel N. The two companies and their shareholders are being investigated for delivering large amounts of money to the so called ‘ collectors.’ Once the miners sold the gold, the suspects transferred it to collection centers in border towns.

Gabriela Rivadeneira promotes the medicinal use of marijuana