The criminal process for the Bribes 2012-2016 case entered its final stage after the oral sentence for the 21 prosecuted for the crime of bribery , including former President Rafael C. 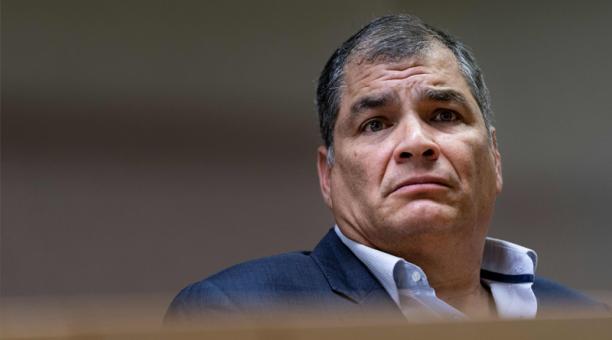 In dialogue with El Telégrafo, Pablo Encalada, a criminal lawyer, a former adviser to the Judicial Council , the Attorney General’s Office and a postgraduate professor at several universities, including Andina Simón Bolívar , explains what remains in this legal case and the situation of the accused

Once the oral judgment in the Bribes case has been exposed, what is the next procedural step?
What corresponds is that the Court notify in writing the sentence. The parties could present a conditional suspension of the sentence, but this was not raised and possibly they will do so when the judicial activities are normalized since by a resolution of the National Court of Justice the terms and times are suspended.

Is there a deadline to notify in writing?
The law establishes 10 days to notify in writing the content of the sentence. I think that the judges, during all the time they took to deliberate, may have already drafted it and it is probable that they will notify it soon.

After that, procedurally, what comes?
Once the sentence has been notified in writing, they can file an appeal called horizontal, which is clarification or extension. This resource does not seek to have the sentence revoked, but only that the judges themselves clarify some point that is not clear in the sentence. It is usually used to save time and nothing else. This is a matter of a few days.

Once this point is exceeded, does the appeal come?
So is. After being notified of the sentence in writing, the procedural parties have three days to appeal the resolution. Hence, by means of a draw, another Court of the National Court is designated that in five days would have to call a hearing to resolve. But there is a problem that is that deadlines are never met.

Is cassation the last?
After the appeal is resolved, there is an appeal and only after this instance is resolved will we have a final or final judgment.

How many months can this whole process take?
It is a difficult question, because if we subject ourselves to the legal deadlines, in four or five months we can be out. But in practice this does not happen because the judges have a lot of procedural burden. I live from litigation only in criminal matters and I can assure you that the deadlines are never met.

Are they still innocent?
You are absolutely right, as long as there is no final judgment, each of the accused continues to enjoy all the rights and must be treated as innocent people.

Could they even run for the next election?
If the sentence is executed before the candidates are registered, former President Rafael C. and the other defendants cannot be candidates because there is a constitutional prohibition. The Constitution says that no person can be a candidate for any dignity of popular choice if he has been convicted of a crime of corruption, in this case the crime of bribery.

What happens if the registrations are opened while the trial is pending?
In that case there is no impediment, the former president may be a candidate, except for president of the Republic due to constitutional prohibition, since he was elected and reelected. But here is an interesting question, because Rafael C. has two current prison orders, that of the Balda case and that of the Sobornos case. Even if the sentence is not enforced, the preventive detention order is still in force, so he could not come to the country.

What if you register your candidacy?
There is an article in the Democracy Code that establishes that when they register a candidacy, all the candidates are protected by electoral immunity, so they cannot be deprived of liberty or continue with criminal proceedings. Then Rafael C. could calmly come, campaign and before the results are announced, he should leave because once the results are proclaimed, the immunity that protects them ends.

What if he wins?
He could no longer take possession because the moment that comes they will deprive him of liberty and the other thing is that a political trial would be initiated by means of which the Assembly must determine the dismissal of the position that he has won.

How complicated is the ex-president’s situation?
Very difficult, former President Rafael C. has it very difficult, perhaps he manages to register the candidacy and come to campaign, which for his party is important because he can still move many people; Maybe that is the only thing he can aspire to, but to think that Rafael C. we are going to have as authority is going to be very difficult, he is not going to be able to achieve it.

Bribes ends an era of arrogance and corruption