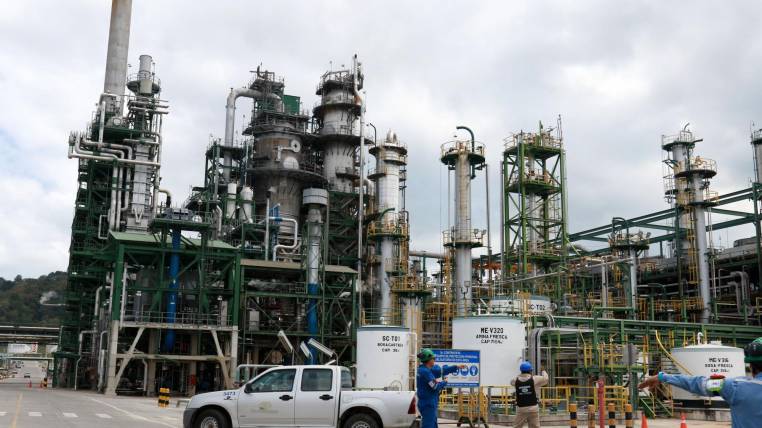 The Esmeraldas refinery, the largest in Ecuador with a capacity of 110,000 barrels per day (bpd), has kept its FCC unit paralyzed for almost 10 days due to an electrical problem in the processing plant, the Hydrocarbons Minister revealed Monday.

Esmeraldas presents serious technical problems in most of its units despite the fact that it was submitted in the government of former President Rafael Correa to a repowering process, which demanded an investment of some 2.2 billion dollars.

“The FCC (unit of Fluidized Catalytic Cracking) had problems, there was a coke settlement in that unit, which has prevented it from being started, this occurs when it is an unexpected blackout and a process of normal turn off, “the minister, Carlos Pérez, told local radio Democracia.

“The unit is paralyzed, it was tried to start on Sunday, May 6, it worked for two or three hours and it fell again (…) We hope that in three days we can start the FCC unit,” the official added.

The authorities did not issue details about the production level of the Esmeraldas refinery after the incident.

The problem originated because of a snake that wound on two poles of the electric transmission line that supplies the Esmeraldas refinery, which caused a short circuit that immediately stopped the fluid in the refining plant, Pérez explained.

The authorities of the sector had foreseen a stoppage of 54 days of the FCC unit and other important ones in August, but the minister said that they were planning that the process takes place between end of May or in June. (I)