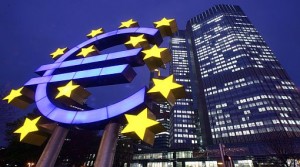 About ten countries members of the European Union (EU) agreed this Tuesday May 6 a levy on financial transactions which shall enter into force on January 1, 2016, said Austrian Economy Minister, Michael Spindelegger.

The Minister added that countries participating in the elaboration of this tax, including Italy, France, Spain and Germany, reached a consensus to finish the measure by year’s end.

Britain, which is home to the biggest European financial square, is opposed to this new tax and Spindelegger fears, as several voices of finances, that generate a negative impact in the EU.

The British Finance Minister, Georges Osborne, said Tuesday during the debate that “if impact on other European economies” these “will be authorized to object” the agreement and “they will make it”.

On Tuesday morning to reach the meeting the Spanish Minister of the portfolio, Luis De Guindos, announced that they would reach “a political agreement” on the types of assets to tax and the deadline for that entry into force of this new tax.

A white lion was born in Spain