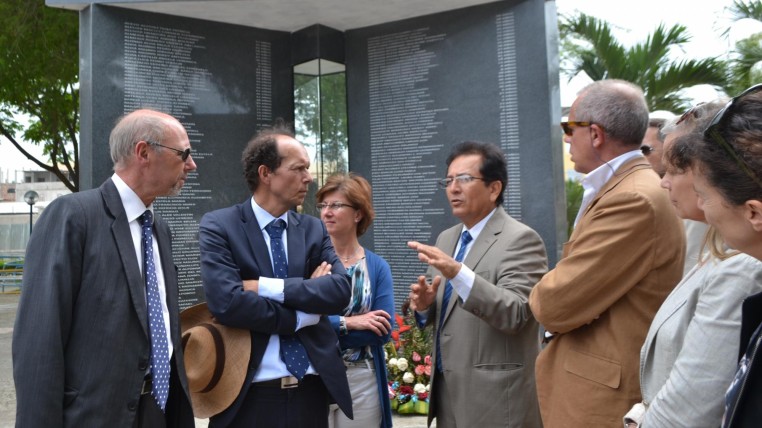 The ambassadors of the European Union in Ecuador, the United Kingdom, France, Spain, Germany, Italy, and Hungary visited the affected areas of Manta, Portoviejo, Rocafuerte and other points of the province of Manabí to verify the situation of the families affected by the earthquake of April 16, 2016 (16A).

These embassies disbursed about 5 million euros in humanitarian aid days after the disaster. It was known that the European Investment Bank financed reconstruction works for 175 million dollars.

Marcianne van Steen, the Spanish ambassador to Ecuador, said that the visit to Manabí is to confirm the damage and the current situation of the families affected by the earthquake. Efforts are being made to reorient cooperation with the country, she said. “We are working with a budget of about 32 million dollars and a loan of 175 million to focus the reactivation of these places,” said the diplomat.

This non-reimbursable financing will focus on the reconstruction of homes, schools, hospitals and the rehabilitation of potable water systems and electric power plants.

During their tour in the zone zero, a group of people took the opportunity to express the displeasure about the aid that has arrived for only a few of them (I).