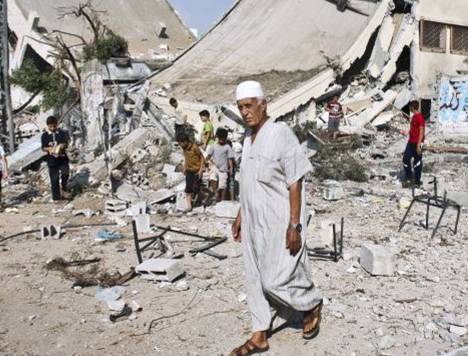 After the permanent ceasefire negotiated in Cairo, the President of the European Parliament (EP), Martin Schulz, said today that the European Union (EU) must now intensify its efforts to support the Palestinians and Israel.

“I welcome the agreement on a permanent ceasefire in Gaza and I urge all parties to fully comply with the agreed terms” in the Egyptian capital between Israel and the Palestinian militias, Schulz said.

He also described as an “encouraging step” the easing of the blockade on Gaza and called on the EU and the international community to intensify “their efforts to respond to urgent humanitarian needs, concerns in security of Israelis and Palestinians and reconstruction of Gaza Strip. ”

Schulz found that the EU is a key partner of both Israel and the Palestinians and therefore “must play a more active role for reaching a fair and lasting peace” in the Middle East.

The member countries of the EU have already celebrated the ceasefire reached and urged both sides to fulfill the agreed terms.