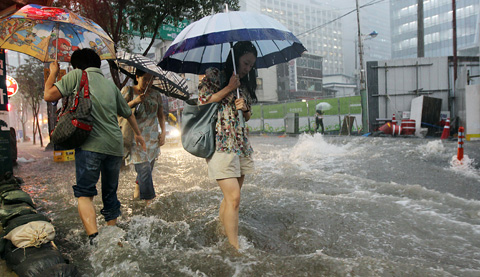 At least five people have died and various are missing by the torrential rains that hit on Monday, August 25 the regions of southeastern South Korea and even forced tostop a nuclear reactor, local authorities said.

Heavy rains, which came to accumulate up to 130 millimeters per hour in the port city of Busan, ended with the life of a woman of about 50 years old and a teenage girl,whose car was submerged in a tunnel, according to emergency services.

Heavy rain at the southeast of the country have also caused landslides, floods of homes, suspension of public transport routes and even the partial stopping of a nuclear power plant.