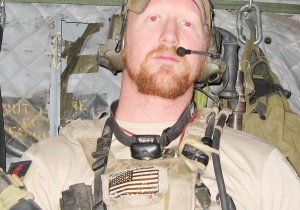 The former combatant of the Navy SEAL, elite troop of the US Navy, Robert O’Neill, 38, who worked under absolute secrecy, was threatened of death by jihadists after publicly revealing that he was who executed the leader of Al Qaeda Osama bin Laden.

O’Neill told the Washington Post that he shot in front of the al Qaeda leader in his hideout in Abbottabad, Pakistan. This resulted in that the jihadists make death threats against him, according to the SITE, surveillance body of media and websites used by Islamic extremists.

Photos of O’Neill along with messages in Arabic and English calling for revenge for the death of Bin Laden were broadcast on Twitter and jihadi forum Minbar al, SITE said.

“We will send lone wolves in the US the photo of this Robert O’Neill that killed Sheikh Osama bin Laden,” said one of the messages in Arabic, “said SITE.

The ex-soldier told the newspaper he decided to reveal his name after a leak from Sofrep, a website for veterans Seals.