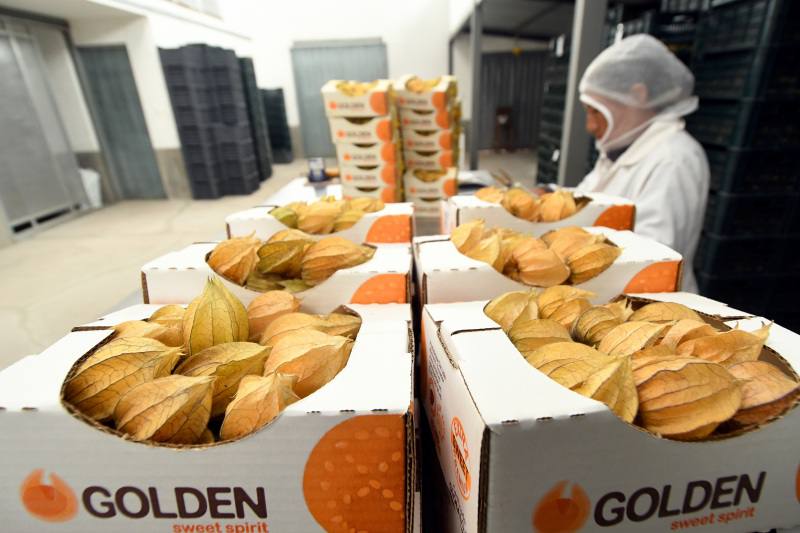 Uvillas are grown all year round in the Machachi sector. There, where a cold wind blows, carefully treated crops are raised so that the fruit reaches the characteristics necessary to go to Europe and the USA. Dennis Brito, manager of Tankay, supervises the process of the producer and exporter that already reaches crops in Carchi, Imbabura, Pichincha, Cotopaxi and Tungurahua.

Tankay (aid in Kichwa) is a successful example of how the exportation of exotic fruits has grown. Dragon fruit (pitahaya), passion fruit (passion fruit), tamarillo (tree tomato) and others are increasingly gaining market share. Pro Ecuador reports that exports of pitahaya, passion fruit, avocado, sweet cucumber, passion fruit and grapefruit grew 62.3% in 2017 compared to 2016, went from $ 8.9 million to $ 14.5 million. This year the panorama looks better: Up to $ 14.3 million sold.

The export has not been easy. Brito says that they had to complete a series of processes from obtaining seed germplasm, working with the technology that customers are looking for. More demand has been felt in recent months. In the case of your business, you have achieved greater market. Colombia began exporting to the US and this created a gap in the European market. They are also about to arrive in the USA as well.

The main exotic export fruit in 2017 was pitahaya with a participation of 82.3% and a growth of 71.3%. The first shipment arrived by sea to Miami from the Palora canton, Morona Santiago.

In April, Pro Ecuador announced that 600 kilos of passion fruit, pitahaya (variety Palora) and sweet cucumber from the country entered Russia and are already marketed on Food City hangers. These fruits are from Organpit. Its manager, Byron Ortiz, emphasizes that these products are increasingly appealing in destinations such as Russia and new markets in Asia, Europe and the US. They have potential.

The Ministry of Agriculture seeks to open the Chinese market for fruit products, including pitahaya, avocado, banana or pineapple. On his trip to Beijing, on June 27, he has sought to work with relevant agencies in that Asian country for phytosanitary elements qualification processes. (I)