Expenses for the political party from the Secretariat of the Policy 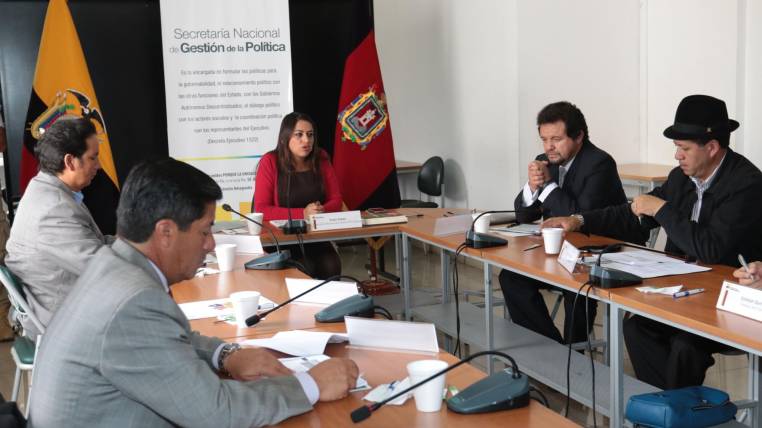 Government or Alianza PAIS events. Since 2007, under the regime of the so-called citizen revolution, the line that separates these activities was crossed on several occasions and the presumption of the opposition is that the mobilization or food expenses of the sympathizers of the ruling party were covered with public resources.

The Comptroller’s Office found evidence of cases in which the pro-government movement benefited from the resources of the Secretariat for Policy Management. The control entity reviewed the expenses between May 2013 and December 2017. During this period, Betty Tola, Viviana Bonilla and Paola Pabón were in charge of the entity.

During this period, $ 574,671.30 were spent on food, lodging, transportation and materials services. There were news in 29 events. The Comptroller found improper payments for $ 81,045.

Of these, two had as meeting point the headquarters of the PAIS movement in Quito.

The first was held on May 20, 2014. The Government hired 400 snacks for $ 800 and 200 lunches for $ 800. 1,600 dollars were paid for the Local School with Leaders and Leaders of Youth Organizations of Quito. 50 people participated. The place? The local Quito PAIS, located in Calle El Corazón E19 and Caranqui, sector Villaflora, says the report.

The auditors asked the Secretariat for justification to hold the event in a private place but it does not exist. But, in addition, the address that was reported for payment does not exist.

The first day of the event was held at the FEUE facilities. The second in the national headquarters of Alianza PAIS.

Two events of the Secretariat for Policy Management held in Quito “coincided” with marches and demonstrations by the opposition against the policies of Rafael Correa. On both occasions the Government organized the famous countermarches.

First case. November 19, 2014. The union centrals mobilized against an announcement of labor reforms. That same day, the secretariat paid $ 6,800 to move 200 people to Quito from Portoviejo, Esmeraldas, Guayaquil and Babahoyo.

Second case On March 20, 2015, the ‘March of Resistance’ was organized by the Unitary Workers Front (FUT) and the Confederation of Indigenous Nationalities of Ecuador (Conaie). That same day, the Executive met 1,000 people for the Strengthening Management workshop with Indigenous and Peasant Evangelical Organizations of the Sierra Central and Amazon. It hired, says the Comptroller, 1,000 snacks at $ 3.00 each and 1,000 lunches at $ 4.20. Total 7,200 dollars.

And that’s not to mention that the Secretariat, in November of 2017, paid $ 7,000 for the elaboration of 2,000 flags. The expense, says the report, is not related to the competencies and objectives of the Secretariat. (I)