The lack of liquidity due to delays in payments and the decrease in foreign sales, mobility restrictions within the country that affect operations, as well as the imminent arrival of disbursements such as workers’ wages are the main problems that plague the export sector, Xavier Rosero, technical manager of the Federation of Exporters of Ecuador (Fedexpor), explained about the world crisis due to the coronavirus. 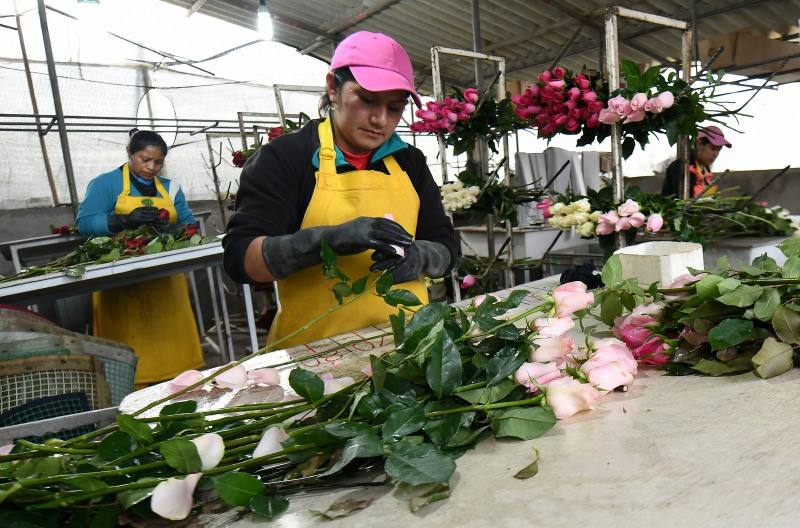 Rosero said that the flower sector has been one of the hardest hit with sales falls of 70%, while cocoa has had a collapse in prices of $ 600 per ton; and the demand for vacuum-packed tuna whose largest market was in Europe has also declined.

On the losses, he assures that a calculation is still premature, since these will be seen in February and more strongly in March. In mid-April they will be known with certainty.

The government also does not have an estimate of the losses.

For Rosero, the immediate problems are the lack of liquidity, since the clients of the companies have begun to delay their payments and, on the other hand, the obligations of the labor liability (wages) that represent between 40% and 50% are already coming of the expense structure.

In this sense, the approach that has been made to the Government, says Rosero, is that there be an urgent return of liquidity through the draw back and suspension and subsequent rescheduling of payments to government agencies, such as the Ecuadorian Social Security Institute (IESS ) and the Internal Revenue Service (SRI).

He considered that the announcement of grace periods for the payment of credits is positive; however, he says, those benefits could be deepened.

Alejandro Martínez, manager of Expoflores, said that the Government apparently draws up an urgent law to support the productive issue, but in his opinion he is delaying actions to seek economic stability.

He gave as an example to the regimes of France, Spain and Germany that have provided liquidity to cover production costs. But he recognized that Ecuador for 12 years spent all its liquidity recklessly.

Regarding traffic restrictions, Rosero explained that they are necessary, but they have been met with a misinterpretation and application by the municipal authorities.

He explained that presidential decrees guarantee mobility for exports, but in some cases this has not happened. Thus there have been delays in the arrival of products at ports.

In this sense, a reporting channel has been set up to report incidents. This is denuncias@fedexpor.com .

Social networks have also seen complaints from police who have asked for bribes to allow the passage of goods, the leader explained.

Rosero highlighted that the ports are providing the service efficiently and 24/7 to facilitate export.

For example, Contecon Guayaquil, the concessionaire of the Simón Bolívar seaport, reported that due to the health emergency it has decided to double the free storage of containerized export cargo from 5 to 10 days. The measure will run until May 16 next.

Several farms in the sector already report zero sales. Others have dropped from 25% to 15%, says Alejandro Martínez, president of Expoflores. And for next week those percentages will fall more. He assured that the Government has not responded to his request to issue a license for three months to his workers, in which they are not paid wages and contributions to the IESS. He explained that this was the idea of ​​the employees themselves, but acknowledges that it is not in the law.

Javier Díaz, president of the Association of Textile Industries of Ecuador, explained that the sector experiences a reduction in cash flows. There are several companies that are inactive. For this reason he asks that IESS not be allowed to pay while the companies are inactive; extend the payment period for basic services and garbage collection; and maintain public purchases of textile products made in Ecuador.

Francisco Miranda, president of Anecacao, pointed out that both the fall in price and the restriction of mobility are the problems that plague the sector. He explained that the coronavirus knocked prices down on the bags, making the product pay farmers $ 30 less a quintal. He asked for coordination in the application of the mobility restriction, and flexibility in payments to banks and taxes.

Questions to the National Customs Service

More than 700 inquiries were received in one day by the National Customs Service, which suspended attention in person.

Are import and export procedures allowed, or only export?

Senae is operating normally, both for import and export, under the 100% online modality.

If there is no attention to the user, what will happen to the physical gauges that require the presence of the importer?

An instruction was issued. For physical inspections of perishables in primary areas and for perishable cargo with a physical capacity control channel, an exceptional plan is implemented: the importer and / or his customs agent, upon receiving a direct email from the district director zone, will sign an annex that allows the physical capacity without their presence. Same for cargo considered as of national need. The rest will await the resumption of Customer Service. These loads will then have inspection priority.

If my loads are already authorized to leave, can I withdraw them?

Yes, as stated in Agreement No. 011-2020 of the Minister of Transport and Public Works, article 3: (…) “vehicles that transport products from the ports to the warehouses of final destination are included in this provision”.

Do the exports they allow correspond only to perishables or does it refer to all?

Exports are a priority and are being fully serviced.

Can the nationalization process of cargo entered the country under a previous regime be carried out?

Yes, all import procedures are enabled.