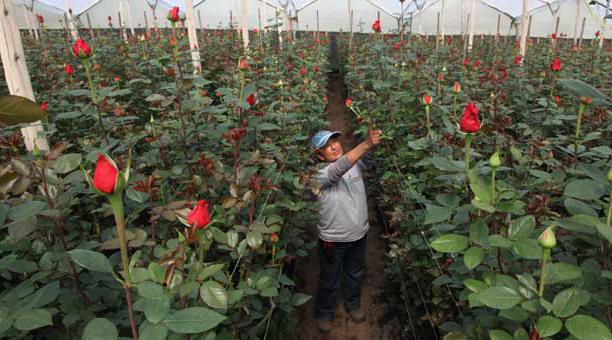 The Government assures that the values demanded by exporters for compensations such as ‘drawback’ and the Tax Credit Certificate will not be recognized.

The Minister of Finance, Carlos de la Torre, maintained that these are not debts, because the requirements set for the benefit were not met. He pointed out that these mechanisms were in force in previous years, but subject to compliance with certain administrative processes that the sector had to do.

Among these, the entrepreneur must be up to date with the Internal Revenue Service the Ecuadorian Institute of Social Security and the National Customs Service of Ecuador.

“If they did not do it at the scheduled time, they did not have access to that right. It’s not that it’s a debt that we have to pay, “said De la Torre. Although he affirmed that they work in a new mechanism of return to the exporters on the basis of the incoming currencies, not of exports in general.

This issue was discussed and figured among the consensus reached at the tables of the Tax and Productive Advisory Council, which integrated the public and private sectors.

The executive president of the Ecuadorian Federation of Exporters (Fedexpor), Daniel Legarda, lamented that De la Torre “has not known the commitment”.

The outstanding compensation for ‘drawback’ since 2015 amounts to USD 120 million, and byTax Credit Certificate, to USD 60 million, from mid-2016 for all sectors. Among the most affected are the floriculturist and the fisherman.

The Tax Credit Certificate, is a mechanism that was created in June 2013, to support exporters that traded with the United States under the Andean Tariff Preferences and Drug Eradication Law, which ended that year.

The ‘drawback’ became official in February 2015 and consists of the return of taxes on foreign trade (tariffs and tax charges). It was implemented for exporters who import inputs for their production.
Alejandro Martínez, president of Expoflores, said the debt with this sector is USD 92 million. As a result of this, more than 90% of 630 farms are in a critical situation.
Of the flower segments, the rose has suffered the greatest impact. The tax refund to this group is 6.8% per Tax Credit Certificate,; while the rest of the flowers receives 5% for ‘drawback’.

In the case of banana exporters, the refund varies between 2% and 5%, depending on the port of destination; for tuna vessels it is 3%.

If the situation does not improve, warns that the president of Expoflores, the negative effect will be perceived between 2019 and 2020

The fishing sector stopped receiving regular reimbursement by Tax Credit Certificate from mid-2016. By the end of 2017, the accumulated debt could reach USD 27 million, according to the National Chamber of Fisheries.

His economic adviser, Jimmy Anastacio, assured that the sales of these companies depend on the refund of tariffs. Currently, the exporter covers the cost.

One of the affected companies is Galapesca, which processes 35,000 tons of tuna per year. Its owner, Xavier Alonso, said that the operation of the company depends on the Tax Credit Certificate.

According to Iván Ontaneda, president of Fedexpor, the government’s debt to the sector is compounded by a lack of incentives, which affects the 1,650 exporting companies registered in the country. In 2016, Ecuador exported USD 11 billion, but Ontaneda believes that sales should grow to 30 billion, through incentives.

In 2015, the budget for the simplified return of taxes to exporters, ‘drawback’, was USD 250 million. Currently, exporters claim compensation, but Finance ignores them. (I)