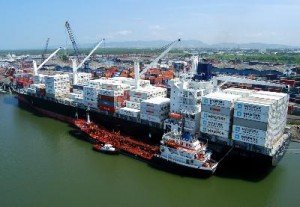 The export sector is waiting for the renegotiation of the concession of the Port of Guayaquil, Contecon (concessionaire), which was announced by President Rafael Correa on Saturday. With this, the reduction of tariffs and infrastructure improvements will be negotiated.

Daniel Legarda, Vice President of the Ecuadorian Federation of Exporters, said that with this measure, they will gain in competitiveness due to lower costs, but they also expect better services in logistics.

The measures proposed by the President are: reduction of 10% of export billable services, the existence of new investments of $ 40 million for projects such as the expansion of the port area and the relocation of parking, and the change of the variable fee: 9.5% of the total gross income.

Legarda concluded: “We must review the details and see which are the costs they are going to reduce. We still do not have the exact details. The services are regulated, but there are others that are not, because the contract does not take them into account, such as the associated costs of moving cargo for the review of narcotics, storage, movement of containers and coolers that operate inside the port”.

El Telégrafo newspaper would present a better year, after losses