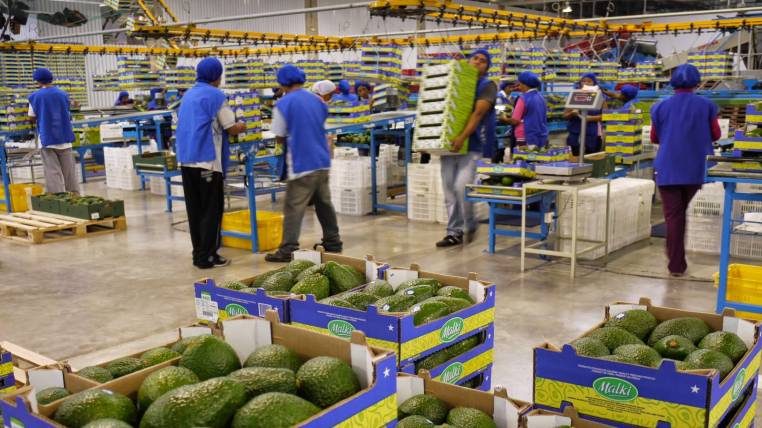 After the vote in the United States Congress, the approval of the SGP managed to pass its first link and everything points to Ecuador being able at the end of March to benefit from the free tariff to export its products.

A month that, for exporters, should mean the starting point to begin to correct the commercial policy of the country (today observed by international organizations such as the CAN) and thereby pave the way towards the signing of a more far-reaching agreement. With 400 votes in favor and 2 against, the benefit was extended for three more years to 122 countries (including Ecuador), but that is a time that does not appease the entrepreneurs.

They know that this aid is weak and that the United States could suspend it at any time. Among the contents of this regulation, explains Daniel Legarda, president of the Federation of Exporters (Fedexpor), that is the purpose of  the US, to strengthen its annual control to verify if the countries are worthy of this benefit or not.

Special emphasis is placed on intellectual property issues, but the barriers that each nation imposes on trade are also analyzed. “That should force us to revise with greater determination the barriers to trade that Ecuador has and that have already been observed by the US, the European Union, the Andean Community of Nations (CAN) and several partners. We speak of the customs tax, of the denunciation of the Bilateral Investment Treaties, “he said.

The Minister of Foreign Trade, Pablo Campana, was one of the first to announce the approval and to say that the country is in a good direction to achieve its growth.

However, entrepreneurs and experts in foreign trade believe that the extension of the GSP is only an important step. They speak of the need to accelerate the process of reactivation of the Council of Commerce and Investments to promote from this scenario a commercial agreement with the US. With a bilateral and long-term agreement, 400 products would no longer depend on the GSP, and the country would be able to cover the basket of certain products that remained unprotected after the previous government decided in 2013 to remove the country from the Atpdea program ( Law of Andean Tariff Preferences).

Francisco Ballén, former Vice Minister of Foreign Trade and external adviser of Corpei, indicates that in this list are items such as canned tuna (canned and pouch), which today must pay a fee for their income. “There have been offers from the Ministry of Foreign Trade to include this type of product (to the preference system), but there is still no proof of a positive result,” he said.

In the same list are also products such as roses, which after the elimination of the Atpdea began to pay a tariff of 6.8%, a situation that for companies like Pambaflor translates into a loss of $ 350,000 in its annual turnover. Bernardo Espinosa, general manager of this exporter whose only partner is the United States, mentions that the situation is no longer sustainable.

To assume the payment of these tariffs, not to lose market in North America, not only that it has left the company without resources and liquidity, but since 2016 it has forced it to remove 80 people from its workforce.

Government help does not arrive

After the elimination of Atpdea, the Government activated mechanisms to compensate the export sector. However, these stopped working since 2015. The Government still owes $ 20 million for Tax Credit Certificates and $ 100 million for Drawback, but the sector expects a ratification from the Ministry of Finance for this payment.

However, exporters say that you cannot continue to hope for these compensations, the real help would be an agreement like the one Peru and Colombia have, which today see their sales grow to that market. (I)

The image of the country goes through a silent scalpel