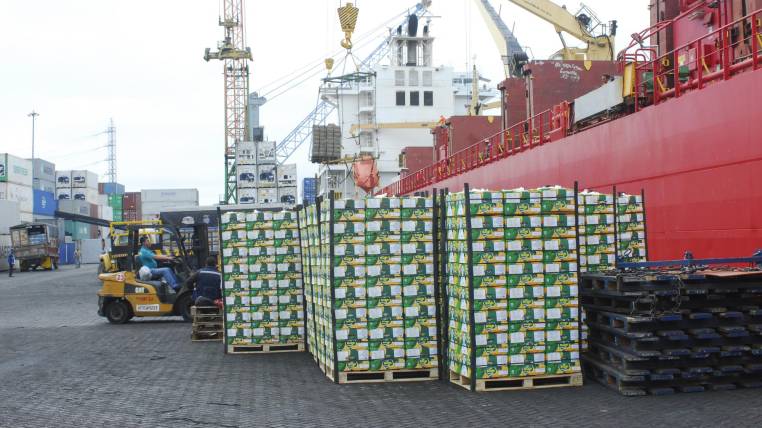 The sector that dominates the economy and is responsible for maintaining dollarization has not had incentives. And the light at the end of the tunnel was extinguished a few days ago by Finance Minister Carlos de la Torre, when he said that they owe nothing to the exporters.

The companies that brought 10,126 million of the 15,721 million dollars that came in until October of the year that passed, do not receive the famous drawback, or conditional tax return.

And neither the main non-oil sector, the banana, is allowed to increase planting areas. “This has led to Guatemala taking over a large part of the US market,” says Jorge Quintana. And it proposes a revision of the measure under certain considerations.

Gustavo Marún, from Agroban, is in the same line, who suggests some considerations so that more can be sown, but not liberalized. For him, the main thing is that the small ones gain in productivity. “There are two hot topics: the new planting areas and the official price.”

“We must find a mechanism so that Ecuador does not continue to lose market, because we have not planted for 20 years, while Guatemala has planted more than 100,000 hectares, Mexico does it aggressively and Honduras recovers large areas.”

The executive president of the Corpei and former Minister of Industries and Productivity, Eduardo Egas, believes 2018 will remain a critical year, as well as 2019, because what the productive sector has left is the challenging task of increasing productivity to try to compensate continuous cost increases.

One of them, the diesel, which increased 7.66% this month for the industry. For the shipping sector, last August it was at $ 1,738 and for January it jumped to $ 2,137 per gallon. Egas notes that exports have lost competitiveness in recent years. “They have supported successive increases in costs as a result of a public policy that extracts more and more resources from the productive sector to feed the growth of the state sector.” Increases that cannot be transferred to the sale price, because competition in international markets is fierce and because we do not set prices in external markets.

The ex-Vice Minister of Commerce considers it necessary to review the energy costs and to return the taxes that were caused in their imports of inputs, raw materials and capital goods.

Demand increases, Ecuador does not “It is estimated that the annual demand for bananas grows between 3 and 5%, but in theory in 20 years Ecuador has not planted a single hectare,” says Gustavo Marún, from Babahoyo. Only 3% in 20 years means a 60% growth in world demand for bananas that has been covered by Central America, with a better location than Ecuador. “What would be sought is that on special occasions the ministry can authorize the growth of a farm.” (I)