“Daddy, we miss you, we will never forget you”, “May you rest my life partner, your family misses you a lot, you were a great man, we love you forever”, “Mommy, we love you, that you enjoy being next to of God ”, were part of the dozens of notes that families of those who died during the COVID-19 pandemic placed yesterday on the tree of life during the mass to commemorate the United World Day for Life. 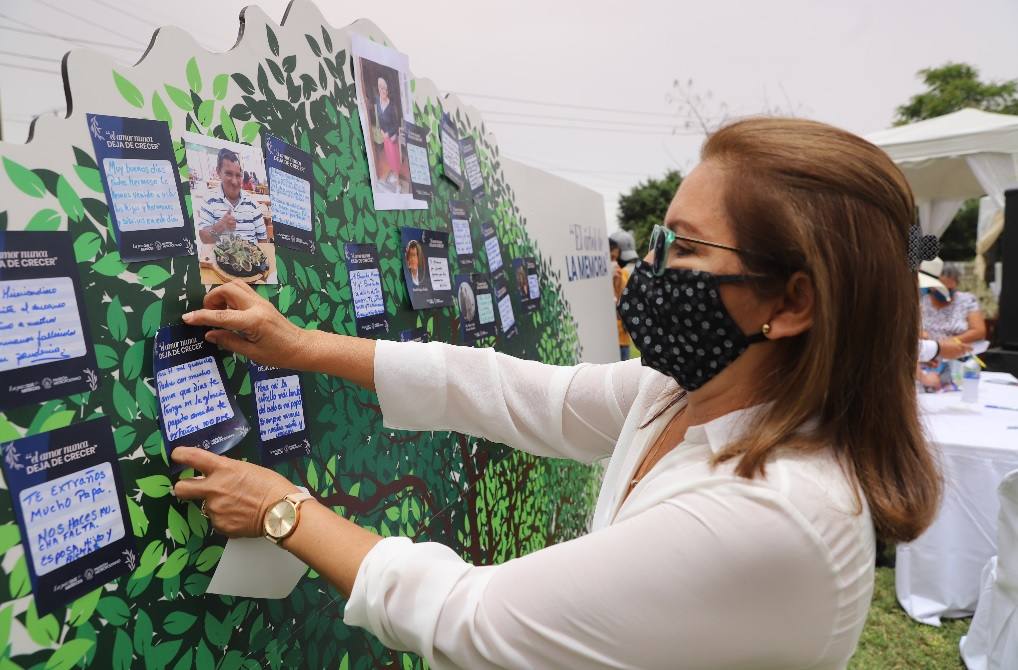 The religious act was held at 12:00 yesterday, with biosecurity measures, in the Metropolitan Pantheon of the Guayaquil Charity Board, located on Perimetral Avenue.

This was the eighth year in a row that One World United for Life Day has been commemorated. On this occasion the act was more heartfelt since many attendees were unable to say goodbye to their loved ones in the COVID-19 pandemic and were very sad during mass, as in the case of Jacqueline.

She said that her father first fell ill and was transferred to a hospital in the north of the city and that he died a few days after being hospitalized, on April 7.

Then his mother, who suffered from diabetes and hypertension, became ill. “We had her treated by telemedicine at home and then we took her to hospital because she got worse, she went to a private clinic where she could not resist intensive therapy. We didn’t have my daddy’s mourning because we couldn’t care for my mommy, ”lamented the woman, who came with her brothers to share the mass in honor of their parents.

The field mass was held by Monsignor Giovanni Battista Picolli. Attendees participated in the traditional release of balloons and the placement of messages for their loved ones.

During the months of March, April and May, the cemeteries of the Board of Charity carried out 3,760 burials and cremations, while, in the same period of the previous year, the figure was only 1,118.

The Charity Board stated that Mundo Unido por la Vida is an initiative led by the Latin American Association of Cemeteries and Funeral Services (Alpar), which was held simultaneously in 24 countries on five continents. (I)